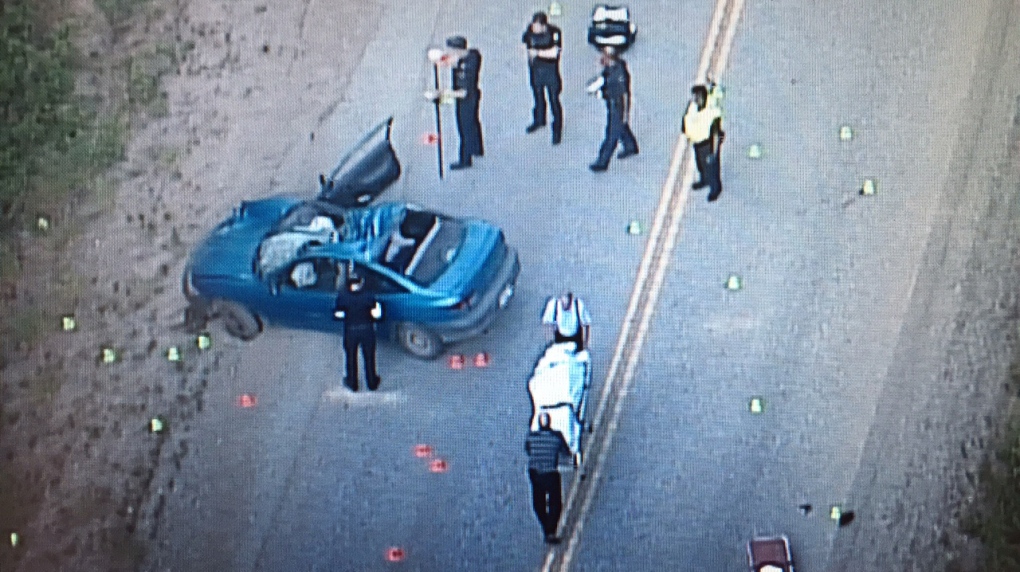 Investigators comb a scene on Highway 99 near Pemberton, B.C. after a driver of a vehicle struck and killed two cyclists.

VANCOUVER - The driver of a vehicle that struck and killed two cyclists on a British Columbia highway is denying responsibility for the crash.

Samuel Alec says in court documents that the death of cyclist Ross Chafe on Highway 99 near Pemberton last May was not due to his negligence.

Chafe's wife, Lizanne Bussieres, has sued both the owner of the vehicle and Alec, whom she alleges was impaired at the time of the collision.

Alec has filed court documents blaming the incident on Chafe.

The Insurance Corp. of British Columbia has filed documents in B.C. Supreme Court, also accusing Chafe of responsibility for his own death.