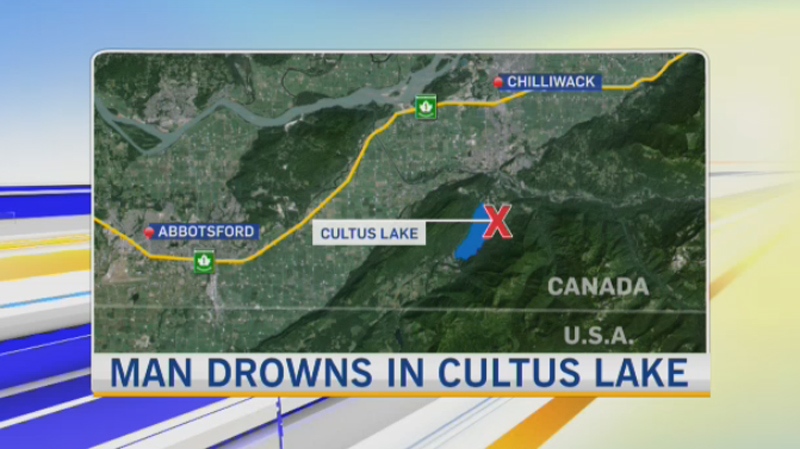 A man has drowned and Mounties in the Fraser Valley are pointing to alcohol as a key factor in the tragedy. (CTV)

A missing person’s report at a popular B.C. lake has ended in a man’s death.

Several friends realized they’d lost track of one of their companions at Cultus Lake Monday night and called Chilliwack RCMP. The group said they last saw their friend near the water but couldn’t find him.

A police dog handler waded into the water to search for the man and found him in the water a short time later, deceased.

Police believe alcohol is a factor in the unidentified man’s death.

"This is a very tragic incident," said Cst. Tracy Wolbeck in a statement. “Police want to remind everyone of the dangers of alcohol consumption and swimming.”