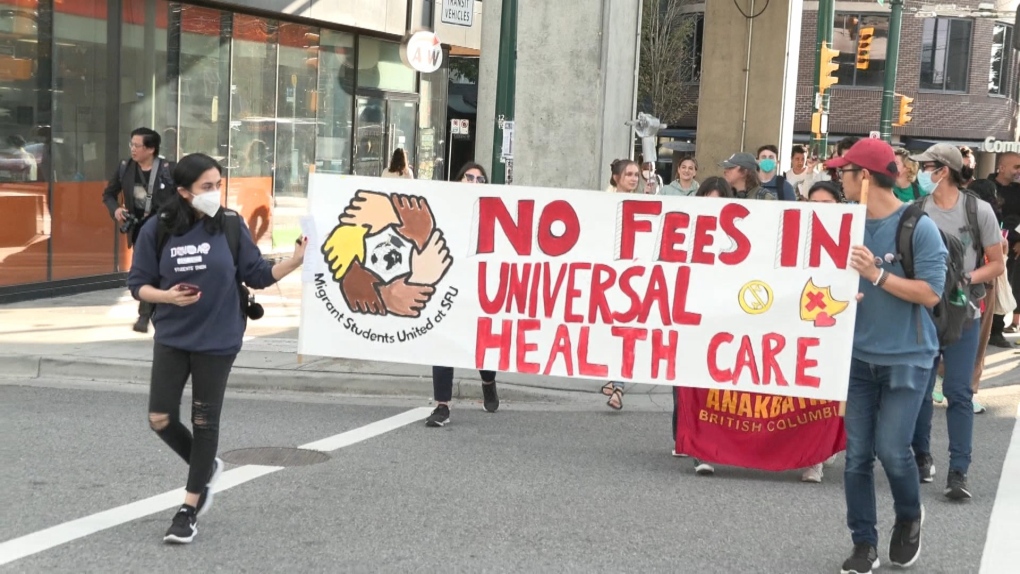 The province implemented the fee in September 2019, as it was phasing out Medical Services Plan premiums for everyone else in the province. Anyone with a study permit is charged $75 per month.

Organizers of the protest argue the additional cost is unfair to international students, who already pay high tuition fees and rent.

"A fair society should be equitable for everyone, and it doesn't matter if I pay this fee or not, we need to speak up for the rights of all people, our friends, everyone in our society," she continued.

Another organizer said it's upsetting to see how many people are impacted by the fee.

"We're supposed to live in a universal health-care system, and part of universality is making sure that everyone who is covered by health care has equal access," he added.

While Dix's office was closed, the protest was a symbolic gesture to raise awareness of the issue.

"They don't need to do this. They're doing it because they can and because a lot of people don't care," he added.

CTV News reached out to the province for comment, but did not receive a response in time for publication.