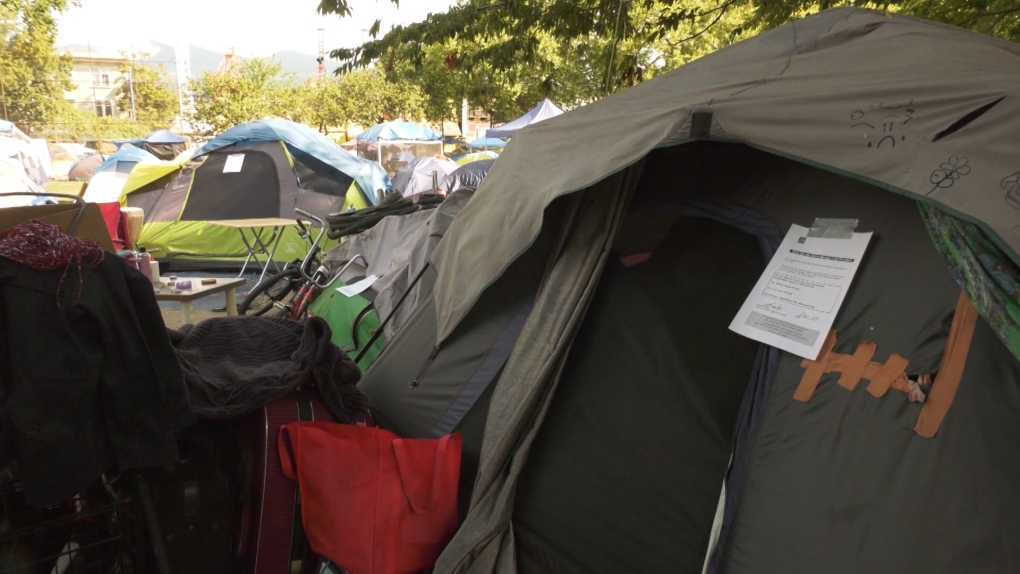 The City of Vancouver says dozens of people currently living in an encampment at Oppenheimer Park have accepted offers to move into different accommodations.

Those living in the tent city were served a two-day notice to remove all tents and structures from the property by 6 a.m. Wednesday.

In a release Tuesday, city officials say approximately 50 people have agreed to move into "safe and stable accommodation," adding many more are working with the city's homeless outreach group, Carnegie Outreach, to find available housing.

"We’re expecting people sleeping in the park to continue to comply with the order and work with us to accept suitable housing and/or shelter immediately," the city says in a news release.

The city says there are 140 units available through BC housing and several shelter spaces are also available. It adds all the housing options are in publically owned buildings that are run by non-profits.

Will there be enough housing for everyone?

There is no official count of Oppenheimer Park residents.

Some figures suggest more than 100 people live at the park, while many campers believe that number has ballooned to more than 200.

When park rangers and Vancouver police officers served notices to campers, the tension was palpable at times.

Many campers who spoke to CTV News Monday said they have no plans to move out of the park by the deadline.

Sandy Parisien, who identified himself as the" mayor" of the encampment, said he would have to be moved by force.

"If you expect me to move my tent from that spot on the day that's given, good luck," he said. "Bring 'em. And they're going to need a lot of them."

The city says there are serious health and safety risks present in Oppenheimer Park.

It says there have been 17 fires in the park in the last six months.

Vancouver police say there have been 21 violent incidents in and around the park in the past week alone.

Officers will be present to maintain the peace, the city says, but will not immediately remove campers once the order expires.

Firefighters will be removing any items that pose a safety risk.

Meanwhile, the city says Carnegie Outreach will continue to help people access to housing, income and other support services.

The city has not said how it will ensure all the campers leave the park once the deadline passes.