Dog found in DTES after being stolen from SkyTrain station 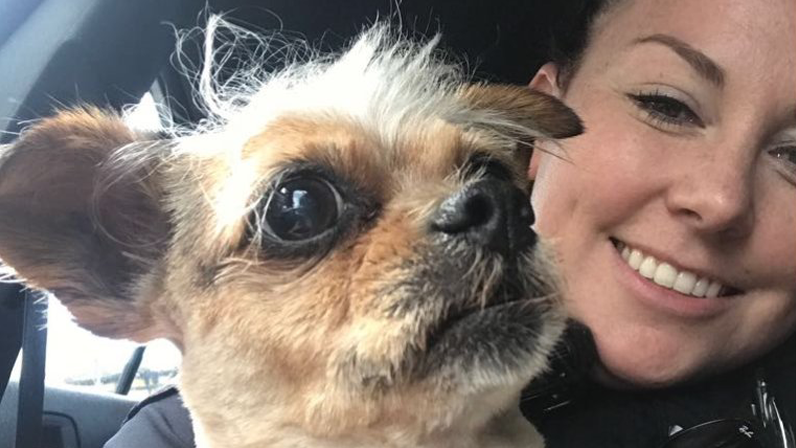 Jackson the dog poses with police after being recovered in the Downtown Eastside. (Vancouver Police Department/Twitter)

A small dog that was stolen from a busy SkyTrain station last week has been reunited with his happy owners.

It’s unclear where the dog was kept for three days, and police are still investigating the theft.

One of Jackson's owners told CTV News he leashed the dog so he could go into Shoppers Drug Mart, and returned mere minutes later to find Jackson gone. The leash had been left behind.

Police later obtained surveillance video showing a woman carrying the 11-year-old dog away from the scene.

So far, no one has been arrested in connection with the case.

Jackson’s owners, who took time off work to distribute hundreds of fliers in the hopes of finding him, posted on Facebook that they planned to “cuddle with him all night” after he was returned.

We're proud to report that thanks to the keen observation skills of Cst. Brock & Cst. Lu in the #DTES, they located Jackson the dog, who was #stolen from #NewWest. Cst. Brock shared the happy news with his family & @NewWestPD. Jackson was pretty excited to go home! #VPD #TeamWork pic.twitter.com/zEQcmmTqV2