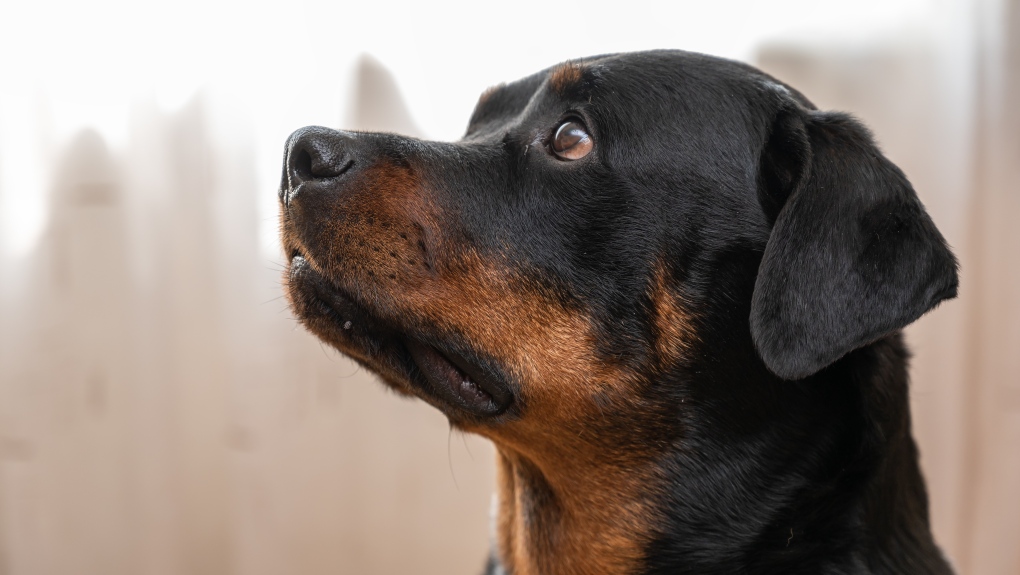 A Rottweiler is seen in this undated image. (Shutterstock)

A B.C. woman has been ordered to return a dog she says she received as a gift through a verbal agreement and repay hundreds of dollars for a pet deposit.

The ownership dispute, outlined in a recent B.C. Civil Resolution Tribunal decision, was between two parties who disagreed about who owned a Rottweiler named Onyxia.

The decision explained Elaine Hughes and Philip Arnold, who were in a relationship and bought Onyxia together in 2017, believed they had joint ownership of the dog. However, Lori Arscott, who was later in a relationship with Arnold until 2021, claimed Onyxia was gifted to her.

"I accept that all parties are emotionally attached to Onyxia," wrote Andrea Ritchie in her decision. "However, the law treats pets as personal property, rather than family members."

Ritchie explained both Arnold and Hughes agreed Onyxia would be shared between the two of them after the end of their relationship. But Arscott said she didn't know about this arrangement "before Onyxia was allegedly gifted" to her.

Ritchie said all three contributed to caring for Onyxia, both physically and financially, until February 2021.

"On Feb. 16, 2021, Mr. Arnold asked for Onyxia, and Ms. Arscott declined to give Onyxia to him. Ms. Hughes and Mr. Arnold have been denied access to Onyxia since this date," Ritchie wrote.

"Mr. Arnold and Ms. Hughes seek an order that Ms. Arscott return Onyxia to them, because they say they are the dog’s rightful owners."

The tribunal heard both Arnold and Arscott disagreed over whether Onyxia was ever permanently gifted to Arscott, who claimed this was arranged through a verbal agreement. However, Ritchie determined there was no evidence to prove that conversation happened.

In CRT submissions, those making a claim must prove it on a balance of probabilities.

"Although all parties contributed to Onyxia’s care over the years, I find Ms. Hughes and Mr. Arnold have a stronger ownership claim over her, as they have remained intimately involved in her care and expenses," Ritchie wrote.

"I order Ms. Arscott to return the dog to Ms. Hughes and Mr. Arnold."

Arscott was also ordered to pay nearly $1,000 for CRT fees, a pet deposit covered by Arnold and applicable interest. Ritchie ruled Arscott wasn't entitled to any expenses because "all three parties contributed to Onyxia's care."

Arscott was ordered to return Onyxia to Arnold and Hughes within 30 days.

Nick Kyrgios cursed at the Wimbledon chair umpire and asked, 'Are you dumb?' He demanded to see a Grand Slam supervisor after questioning why his opponent, Stefanos Tsitsipas, didn't forfeit their ever-contentious, never-boring match for angrily hitting a ball into the stands after dropping the second set.