Doctor's advice: If your kid has a fever, should you take them to the hospital? 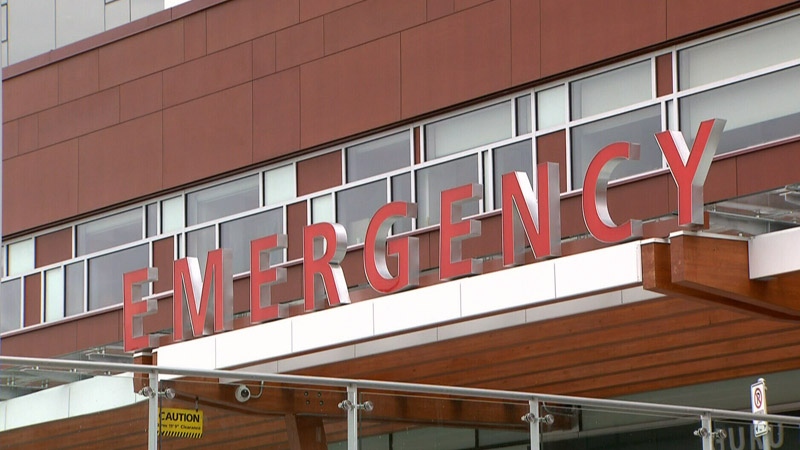 VANCOUVER -- It's a question many parents of sick children ponder: When is a fever bad enough to warrant a trip to the emergency department?

Fraser Health addressed the question at a news conference at New Westminster's Royal Columbian Hospital Thursday that included what other symptoms parents and caregivers should watch for.

Dr. Neil Barclay said the health authority sees more than 120,000 young patients in its emergency rooms each year. The most common reason they're brought in is fever, Fraser Health's regional director for emergency medicine said.

In some cases, children should be brought in, he said.

"Any child less than three months of age with a temperature above 38 degrees (Celsius) should come to the emergency department to be checked out."

But, Barclay said, in other cases, parents should think about alternatives first.

"Any time your child looks well and has a fever, you can consider other options before coming to the emergency department. We'd recommend calling HealthLink – dialling 811 – where you can talk to a nurse and you can get advice about how to manage a fever at home," he said.

"Also, you can go to one of our urgent primary care centres in Fraser Health. We have several of them, and they're willing to see any child over the age of one."

Other options include visiting a nearby walk-in clinic and making an appointment with a family doctor.

He said hospital ERs see an increase in visits over the holidays.

"With increased visits comes increased wait times. Why would you want to wait in the emergency department to see a physician if you don't actually need to be there?"

Parents of children who have had a fever for more than three days and there's no obvious source should consider seeing a doctor.

Children with breathing problems, or who are lethargic and not responding or drinking fluids should go to the ER.

When asked about the reasons why children may end up with a fever, Barclay said it's a part of growing up.

"In the winter, we have exposures to lots of viruses, and by far the most common cause of fever is a virus infection, which doesn't require treatment," he said.

Barclay is an emergency department doctor, but he's also a parent, and said when his kids have a fever but look well, he focuses on making them feel more comfortable.

"I give them lots of fluids, I give them over-the-counter medicines like ibuprofen or acetaminophen, which will bring down the fever, make them more comfortable, and most importantly, sleep more."