Do you recognize this suspected poppy donation box thief? 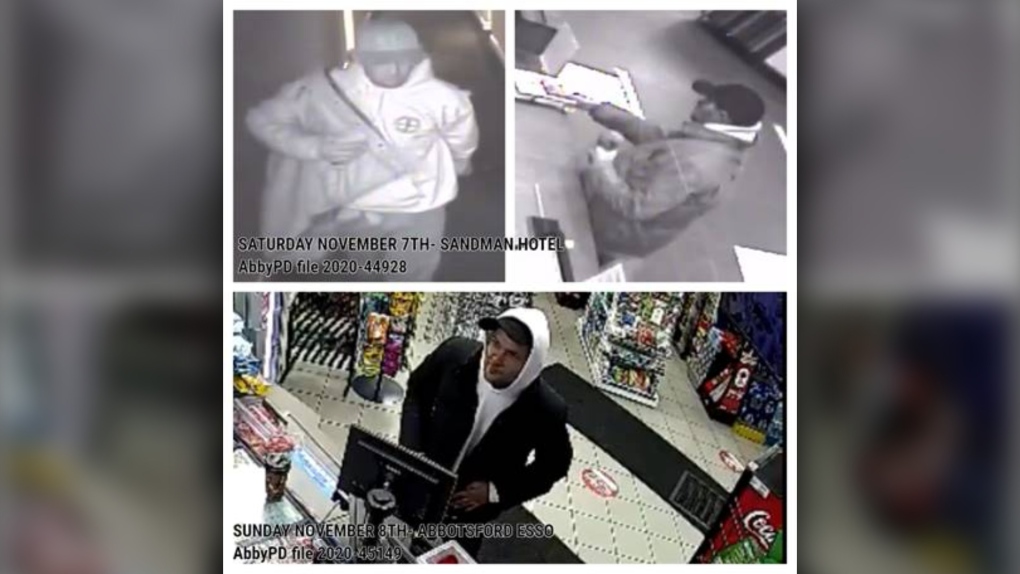 Police are trying to identify a suspect – or suspects – after two poppy donation box thefts in Abbotsford over the weekend. (Handout)

Authorities said the boxes were stolen over the weekend from a Sandman Hotel and an Esso gas station in Abbotsford.

Sgt. Judy Bird of the Abbotsford Police Departments described the thefts, which took place days before Remembrance Day, as "disgraceful."

"This behaviour is abhorrent," Bird said in a news release. "The money raised from donations provides direct assistance for veterans in financial distress, as well as funding for medical equipment, medical research, home services, long-term care facilities and many other purposes."

The first poppy donation box was stolen around 4 p.m. Saturday from the front desk area of the Sandman Hotel on Simon Avenue. Surveillance cameras captured a suspect said to be a white man with a medium build, 30 to 35 years old and 5'10" tall.

Police said he was wearing a tan jacket, dark-coloured jeans and a dark baseball hat.

The second box was taken from the front counter of the Esso on Clearbrook Road at around 8:15 p.m. Sunday, by a man with a similar description who was wearing a black jacket, white hoodie and a dark baseball cap.

Authorities said they haven't confirmed whether the same suspect was involved in the two thefts.

Abbotsford police asked anyone with information on the poppy box thefts to call the department at 604-859-5225.