Do you recognize this man? Police looking for suspect who reportedly punched someone in the face at B.C. mall 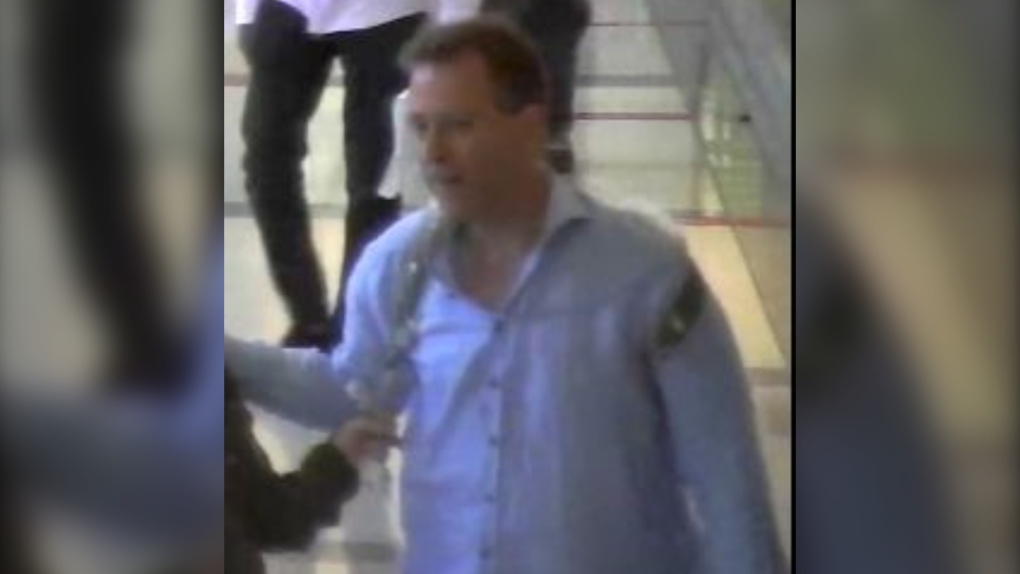 Mounties in Burnaby say they're looking for a suspect after he reportedly punched someone in the face at a local mall. (Burnaby RCMP handout)

VANCOUVER -- Mounties in Burnaby are looking for a man they say punched another man in the face at a local mall.

According to Burnaby RCMP, the incident happened late last month. A witness told officers he saw a man and a woman arguing outside Metrotown.

When he tried to step in as their argument continued inside the mall, the suspect reportedly punched the witness in the face.

The man and the woman then left the area. Police say the witness wasn't badly injured.

Mounties have since released a photo of the suspect, describing him as white, in his mid-40s and about 6' tall. He was wearing a blue dress shirt and black dress pants at the time of the incident, which was at about 6:30 p.m. on May 28.