Do you know these men? Video, photos released in Penticton homicide case

Video posted by the RCMP's Southeast District Major Crime Unit shows three men who "may have information" about the ongoing investigation. Watch the video below.

Mounties are not calling the men in the video "suspects" or "persons of interest" in the homicide, but are asking the men, or anyone who can identify them, to contact investigators.

The surveillance video also shows the victim, Clayton Dyer, entering the front entrance of a residential building with the three men.

All four walk through a lobby to an elevator, wait, then walk inside. Police did not provide an address for the building, nor did they say how it is connected to the case.

The timestamp suggests the video was captured on Oct. 10, shortly after 4:30 a.m.

Dyer's body was found three days later, on the side of a road about five kilometres west of Penticton. It is not known how his remains ended up on Green Mountain Road, which is located on Penticton Indian Band land. 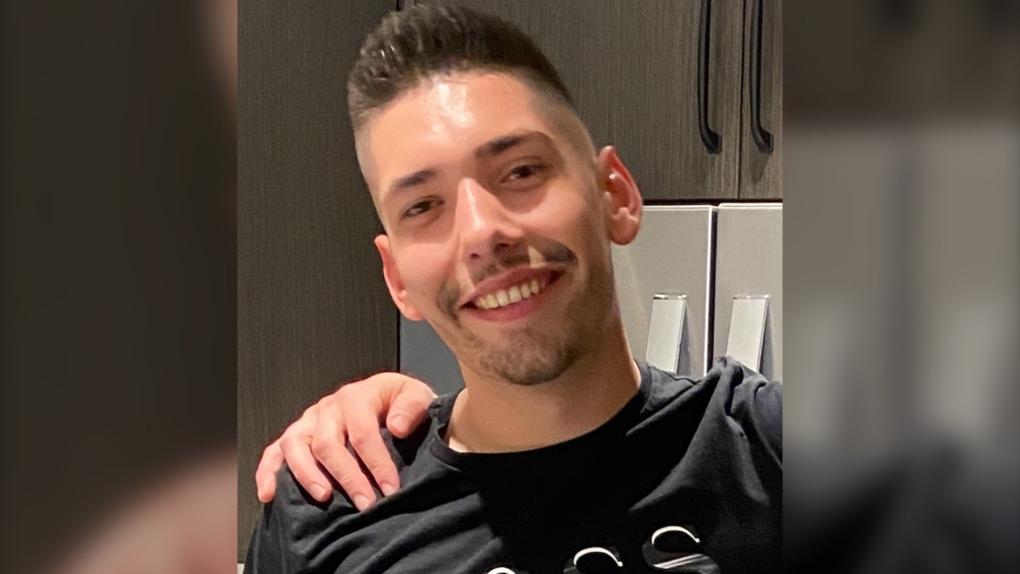 Police have also not said who found the 21-year-old's body, or given any more details in the case, other than that his death has been ruled a homicide.

Mounties said they're hoping that the identification of the men who were with Dyer before he died have more information about his actions before he was killed.

They also released descriptions of the men seen on camera, all three of whom are white. 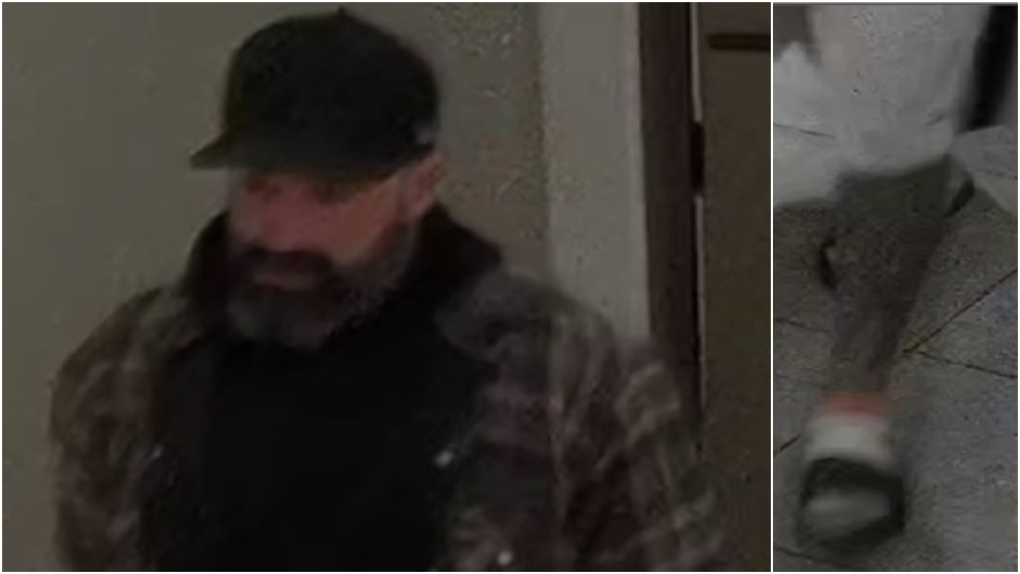 The first is described by police as about 6'3" and around the age of 40, with a muscular build, "a full leg tattoo" on his left side and a full beard. On Oct. 10, he was wearing a black baseball cap, black and beige plaid jacket, black hooded sweatshirt, white socks and black slide sandals. 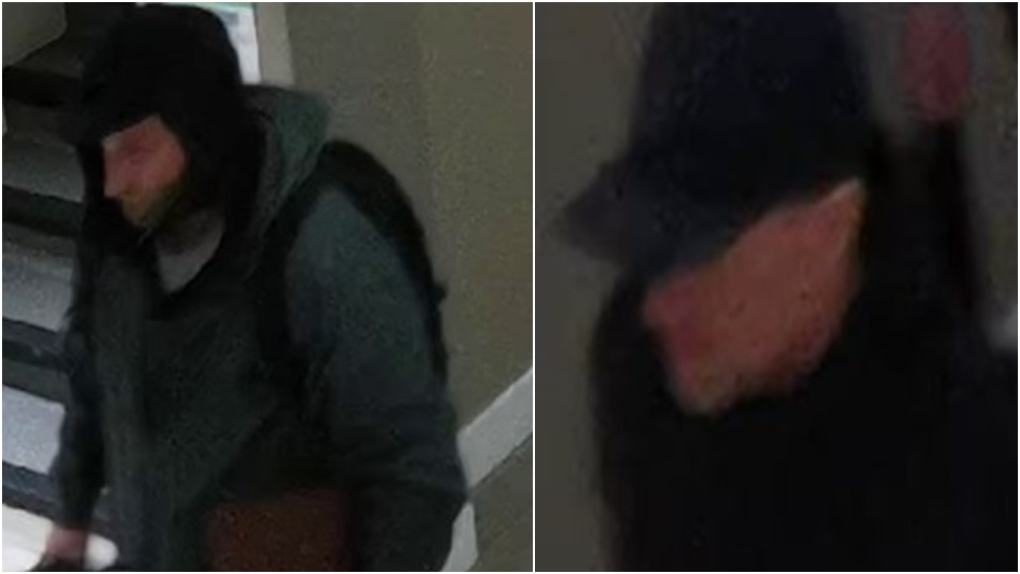 Photos from video show the second (left) and third unidentified men police are looking to speak to in connection with a Penticton, B.C., homicide case.

The second man police are looking for is about six feet tall and between the ages of 20 and 30. He was clean-shaven the day the video was captured, and was wearing a black baseball cap, black hooded sweatshirt, blue/grey hooded jacket and black camouflage pants.

The third man is believed to be between 20 and 30 and 5'10" to six feet tall. He was clean-shaven at the time, and wore a black baseball cap, black hooded sweatshirt, black pants and black shoes.