Dismantled B.C. drug lab could have produced enough fentanyl in 3 weeks to kill everyone in Canada, police say 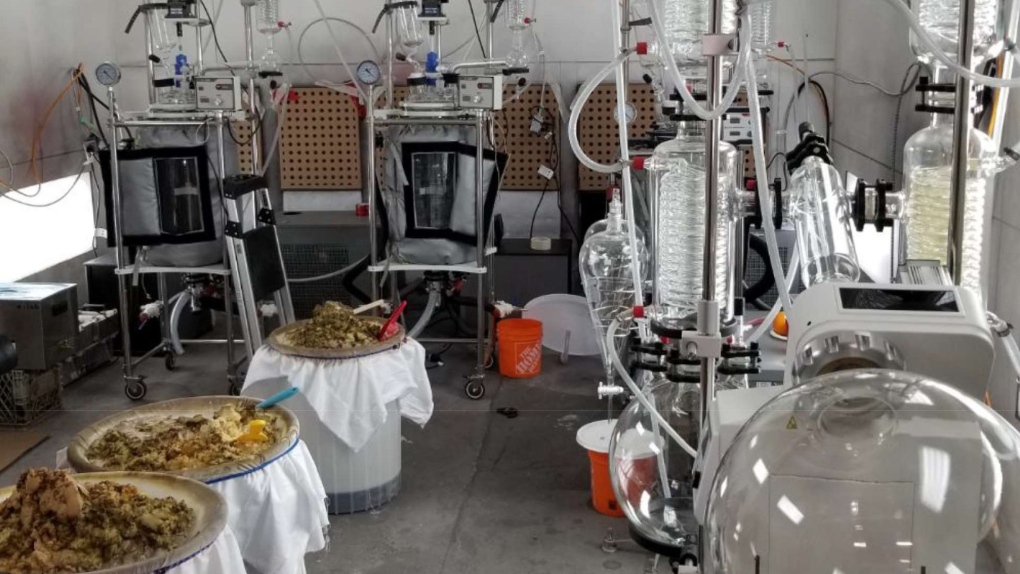 The lab was located in a commercial warehouse in the 1900 block of McLean Avenue in Port Coquitlam, where police executed a search warrant on April 19. (Surrey RCMP)

VANCOUVER -- Mounties in Surrey say they have dismantled a drug lab that was capable of producing enough fentanyl on a weekly basis to kill everyone in British Columbia twice, with enough fatal doses leftover to kill half the population a third time.

Surrey RCMP and the federal RCMP Clandestine Lab Enforcement Team presented the results of the recent seizure at a news conference Thursday, describing the finding as the result of an ongoing, multi-agency drug investigation.

The lab itself was located in a commercial warehouse in the 1900 block of McLean Avenue in Port Coquitlam, where police executed a search warrant on April 19, according to Surrey RCMP.

"Due to the large size of the operation, it took three days to gather evidence and safely dismantle the lab," said Supt. Aaron Paradis, community services officer for Surrey RCMP, at the news conference.

Inside the lab, which police said was concealed in an inner room of the warehouse facility, investigators found 37 kilograms of chemicals associated with manufacturing fentanyl.

Police estimate that the chemicals they found were sufficient to produce 26 kilograms of pure fentanyl, and that just two milligrams of the substance could be a fatal dose.

Using those calculations, police estimated that the lab was capable of producing 13 million potentially fatal doses of fentanyl, which equates to more than 2.5 doses for every British Columbian.

The lab could produce this volume of fentanyl on a weekly basis, according to police.

Looking at their calculation another way, it would have taken the lab only three weeks to produce enough fentanyl to kill every single person in Canada.

Charges in the case have not yet been laid, and the investigation is ongoing, police said.