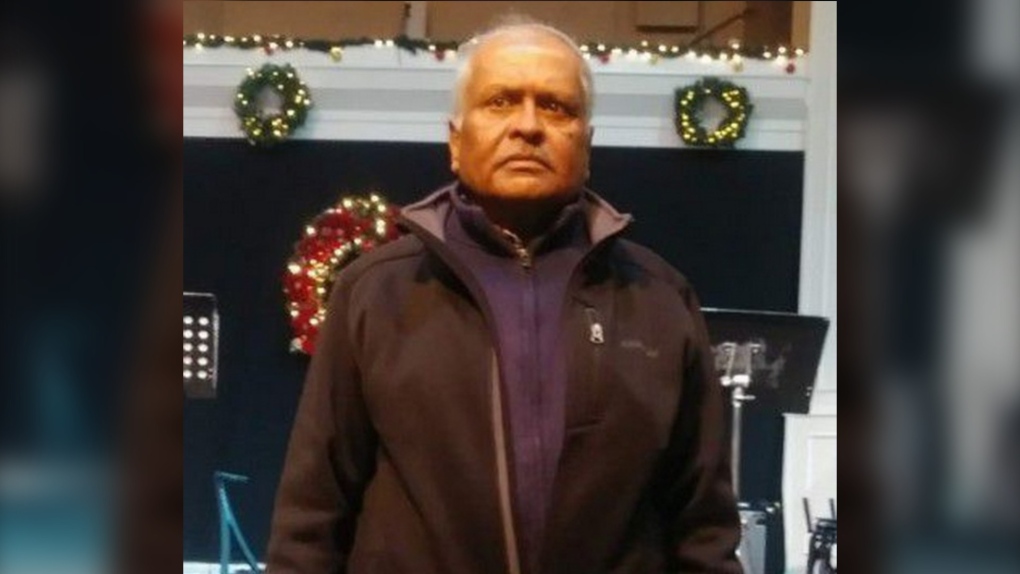 Nedunchellian Vasse Pushparaj, 64, was last seen walking away from Lansdowne Station on No. 3 Road just before 10 p.m. on May 9, according to Richmond RCMP. (Richmond RCMP)

A body found in a ditch near Vancouver International Airport on Thursday is that of a man reported missing earlier this month, Richmond RCMP confirmed Friday.

Nedunchellian Vasse Pushparaj, 64, was last seen walking away from Lansdowne Station on No. 3 Road just before 10 p.m. on May 9, according to previous news releases from the detachment.

Police said he was "reportedly very intoxicated" at the time, and also suffered from conditions that required medication.

Richmond RCMP made two separate appeals to the public for help finding Pushparaj, saying it was "out of character" for him to be out of touch with friends and family for so long.

On Thursday, police said a body had been located in a ditch in the 6800 block of Miller Road on Sea Island. In their update Friday, Mounties confirmed the body was that of Pushparaj.

Police did not explain how the deceased man ended up on Sea Island, but said they do not consider his death suspicious.

Mounties on Vancouver Island have publicly identified the two gunmen killed during a shootout with police at a bank in Saanich on Tuesday as 22-year-old twin brothers Mathew and Isaac Auchterlonie.