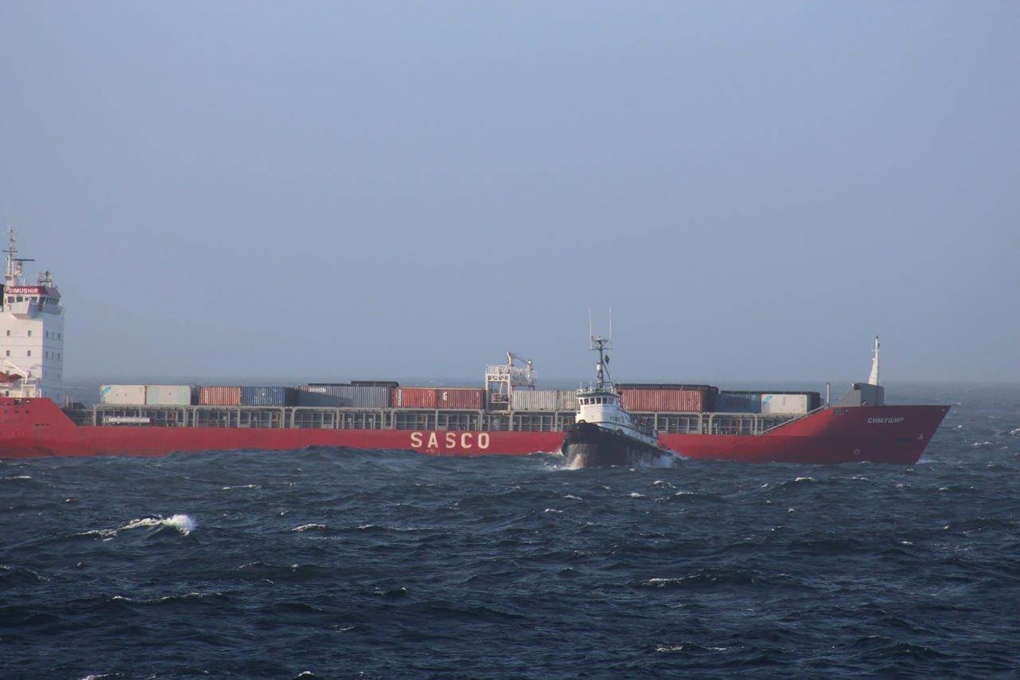 PRINCE RUPERT, B.C. -- Repairs to a Russian container ship have enabled it to head home after a power outage left the vessel loaded with diesel fuel adrift off British Columbia's north coast.

Michael Gurney of the Prince Rupert Port Authority said a defective engine oil cooling pump has been replaced on the Simushir.

"The ship will resume its original course north to Russia," he said Saturday.

"There is actually a Russian icebreaker standing by to escort it to its final destination."

Gurney said the 10 crew members were directed to stay on board and help with repairs after the ship became disabled last week.

The captain is still recovering in Vancouver from medical issues that required him to be airlifted from the vessel, he said.

"The ship's owners flew in a replacement captain two days ago to Prince Rupert and it's under his direction that the vessel will leave Prince Rupert harbour."

The Simushir was carrying hundreds of tonnes of bunker and diesel fuel when it ended up adrift last Thursday near the coast of the Haida Gwaii archipelago, a marine sanctuary off the coast.

A tug boat arrived Saturday night to tow the ship to port after a tow line from a Canadian Coast Guard ship snapped three times and set the vessel adrift again.

The Haida Nation was particularly concerned about the potential environmental disaster if the vessel had drifted into shore.

Debate about oil tanker safety off the West Coast is already underway, where two proposed oil pipelines would connect the Alberta oilsands to ports in B.C.