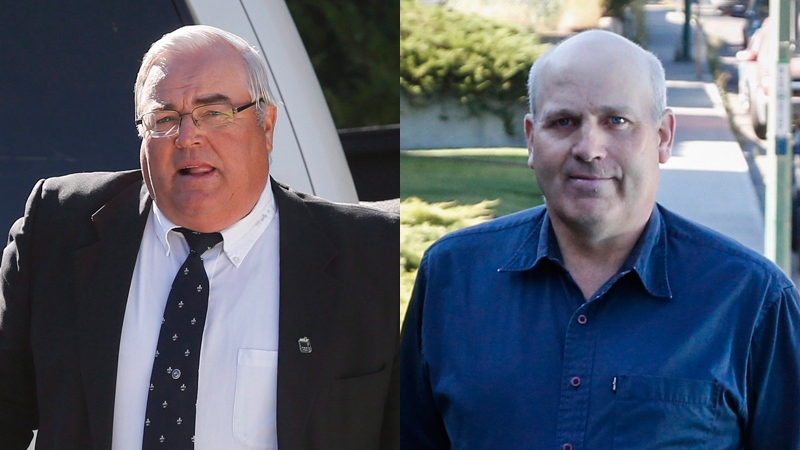 VANCOUVER - British Columbia's former attorney general says a strong message against polygamy has been sent even though two men at the centre of a long-running legal case received only house arrest for having multiple wives.

A judge ruled earlier this week that Winston Blackmore and James Oler, former leaders of a secluded religious community in Bountiful, B.C., will each have to spend a few months at home for marrying multiple women and underage girls.

The sentence dismayed some observers, but Wally Oppal says the years in court and millions of dollars spent on the prosecution were worth it.

“This should be a wake-up call to other people in Bountiful who may be doing the same things,” said Oppal, who ordered a review into the community in 2007.

Both men can only leave home for work, necessary errands and medical emergencies. They must also complete community service and probation.

The judge found Blackmore married 25 women. Nine of them were under 18 and four were 15 on their wedding days. Oler had five wives, including one that was 15 and another who had just turned 17 at the time of their marriages.

Oler, 54, was excommunicated from the church around 2012 and now lives in Alberta, while Blackmore, 61, continues to live in Bountiful and holds a prominent position there.

The sentence will do little to deter people in Bountiful or elsewhere from practising polygamy, said Stephen Kent, a University of Alberta sociology professor who has written about plural marriage.

“I don't think it'll have any impact at all,” he said. “For critics of polygamy, they will feel tremendous disappointment and frustration.”

He noted that Blackmore is likely to have spent millions defending himself from numerous court actions, so the case could send a message that there might be financial consequences to polygamy.

But the province's decades-long struggle to lay charges and secure convictions also indicates that additional charges against people in the community are unlikely, he said.

“The community probably is just going to continue practising polygamy as it always has.”

The RCMP began investigating plural marriages in Bountiful in the early 1990s, but the Crown declined to lay charges due to questions about the constitutionality of the law banning polygamy.

The province filed a constitutional reference case and, in 2011, the B.C. Supreme Court ruled that polygamy is inherently harmful and represents a justifiable limit on religious freedom. The decision led to Oler and Blackmore to be charged and go to trial in 2017.

It was the first trial under Canada's polygamy law in 127 years.

There have been significant legal achievements arising from the case, said Nick Bala, a Queen's University law professor who has written extensively about polygamy.

The constitutionality of the law has been upheld twice, he noted.

“The justice system has not done nothing. We have a lot more clarity in the law,” Bala said.

The criminal prosecutions have also had an educational and symbolic role in changing attitudes in Bountiful, especially among younger people, he suggested.

“They have apparently no real remorse. In those circumstances, a jail sentence would be appropriate.”