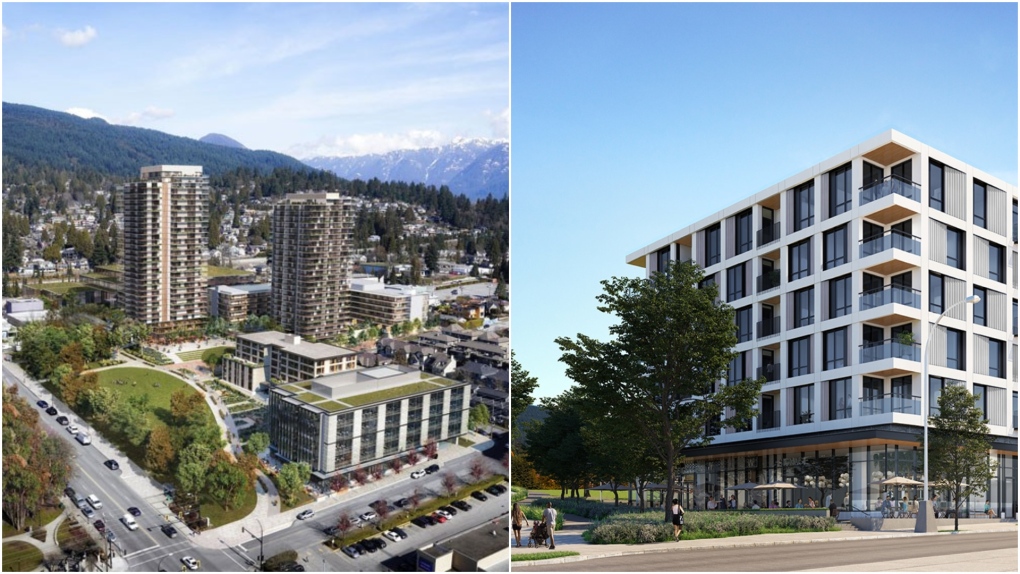 VANCOUVER -- A property development company has announced a change of plans, following public outcry over a design that would have spelled death for a centuries-old cedar.

Darwin Properties said in a statement earlier this week that it has redesigned its plans for a rental building in North Vancouver in a way that will accommodate the ancient tree.

The initial plan for a six-storey rental building, which included the removal of the tree estimated to be more than 200 years, led to multiple days of protests on the lot at 21st Street and Lonsdale Avenue.

The project was approved back in 2017, and according to Darwin Properties, would have included nearly 800 new homes including non-profit and below-market rentals. The plan also included assisted living residences for seniors, plus green and retail space.

The corner where the cedar is located was to become the entrance of an underground parkade – prompting one protester last month to draw comparisons to Joni Mitchell's song "Big Yellow Taxi."

Willy Miles pointed out to CTV News at the time that the plan was similar to the opening lyric, "They paved paradise and put up a parking lot."

But Darwin Properties says that is no longer the plan. The company said it hired an arborist to examine the tree, and it was determined it is healthy with a wide and shallow root system.

As a result, says the developer, its entire team spent four weeks redesigning the building.

"We are part of this community, and as such, it's our responsibility to listen and respond to community concerns," CEO Oliver Webbe said in a statement released Wednesday.

"We had a fantastic plan, though plans can always be improved… Although it significantly delays the delivery of rental housing onsite, we know the tree means a lot to many people, and we are proud to have found a solution that allows the tree to remain in the community."

According to Darwin Properties, the overall development means another 40 older trees will be preserved in a new, one-hectare public park on Lonsdale.