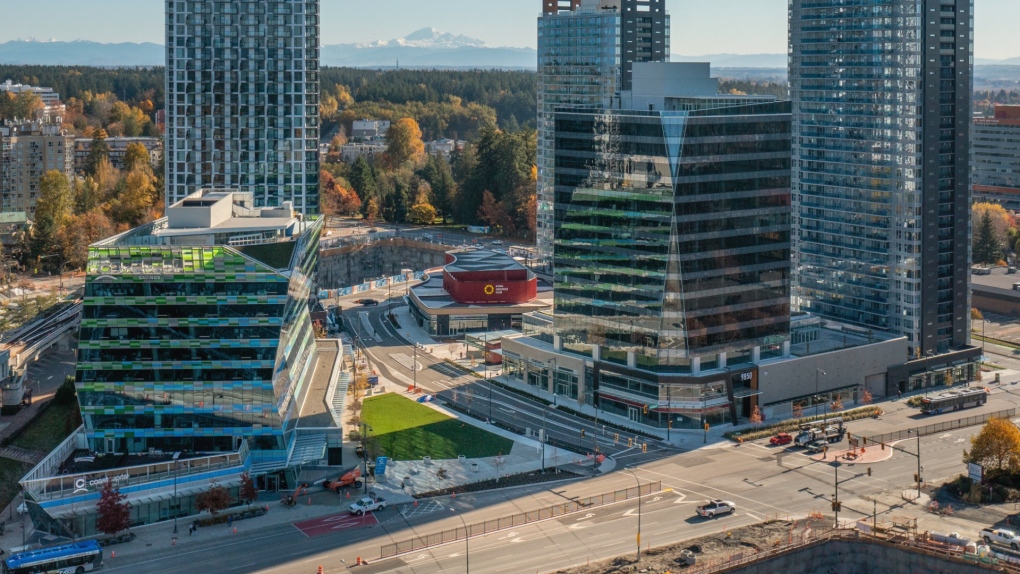 The company behind a Surrey mixed-use development is partnering with TransLink to study the effects of subsidizing transit for people living and working in the project's buildings.

PCI Developments will provide Compass Cards pre-loaded with $150 each to 250 residents and workers in its King George Hub development, which is located – as the name suggests – steps away from King George SkyTrain Station.

TransLink will monitor the ridership of study participants to "assess to what extent subsidized transit changed their travel patterns," the company said in a news release Thursday.

“This pilot will not only provide subsidized transit for people living or working near SkyTrain, but it will help us better understand the benefits of incentivizing transit for future transit-oriented developments as well,” said TransLink CEO Kevin Quinn, in the release.

“This data will help us to potentially create future partnerships, build ridership, and expand sustainable transportation use.”

TransLink said there is "a lack of data and studies" on the merits of developers providing subsidized transit for users of their buildings.

While transit subsidies are currently an option for developers to meet sustainability requirements in some municipalities, the transit provider said this pilot study could strengthen the case for requiring developers to provide such subsidies in the future.

“King George Hub is a complete and comprehensive transit-oriented community that provides an opportunity for PCI and TransLink to partner on a pilot program that could inform and inspire collaborations with government, real estate developers, and TransLink to encourage transit usage at future communities," said Tim Grant, president of PCI Developments, in the release.

The pilot project will begin in October, TransLink said, adding that data will be shared with developers and municipalities once it is complete.