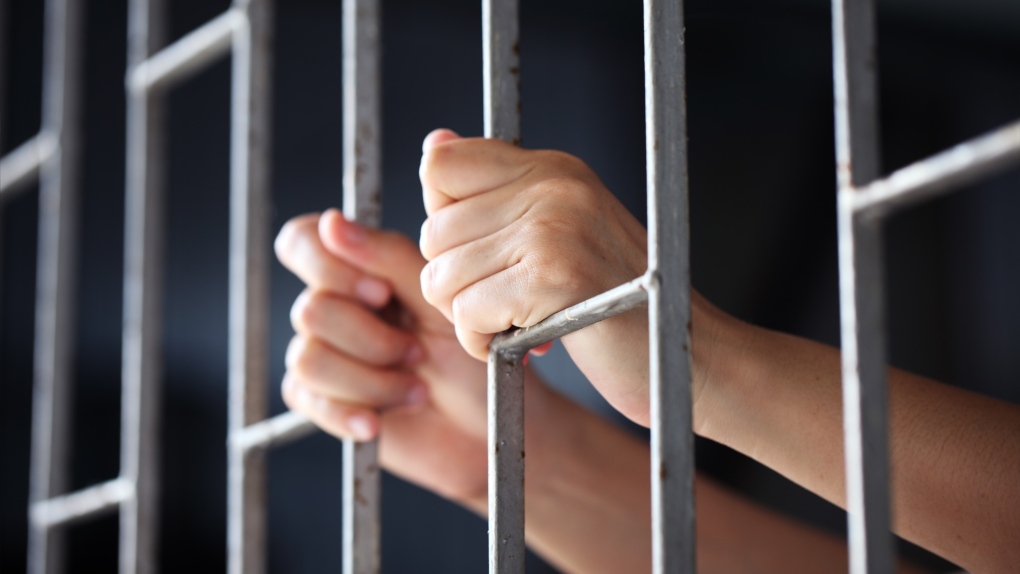 A man convicted of the gruesome murder of his roommate more than a decade ago was back in a British Columbia court recently, trying to argue he is not criminally responsible for the death.

Ernest Allan Hosack appeared before a panel of B.C. Court of Appeal judges this week to hear a judgment after arguing his conviction should be overturned.

His legal team told the court during a hearing back in December that Hosack's trial judge should not have allowed the use of a statement he'd made to police as evidence. Lawyers said too that he should have been found not criminally responsible by account of mental disorder, and that the proceedings should have been stayed.

The judges disagreed, dismissing the efforts in a judgment on Tuesday.

Their reasons, posted online, outlined details that came out during Hosack's trial over the second-degree murder of Richard Falardeau in 2008.

The court heard that Falardeau, who was 54 when he died, met his convicted killer when Hosack, then a stranger, defended him in some kind of altercation at a Starbucks location.

The men got to talking, and Hosack ended up moving in to Falardeau's attic suite for some time. Their living arrangement ended when Hosack was arrested on an unrelated matter and held in custody for about a month.

Two days after Hosack was released, Falardeau mentioned to their landlord he wanted a lock for the attic suite, saying he and Hosack weren't getting along, but that lock was never installed.

The next few days involve a series of strange events that ultimately led to Hosack's arrest in the killing, court documents outline.

Hosack, who'd been released from custody on July 14, was found by police on July 20 asleep in a wooded area of Surrey. He had a head laceration, and was taken to hospital for treatment.

The next day, officers in Delta saw him "driving erratically in a stolen car" and he was arrested.

Police said they searched the car and found a knife in the trunk with Falardeau's DNA on it, the court heard. There was also a drawing of a figure "wielding a double-bladed axe having just decapitated a person on a tree stump" in the vehicle, according to police.

They said Hosack co-operated when he was arrested, but then started acting delusional while inside police holding cells.

Meanwhile, the flies started swarming around the attic apartment and the house itself. The landlord and a tenant looked for the source, entered the suite and found a bad smell.

They saw no sign of the apartment's occupant and left. That was in early August.

On Aug. 14, a police officer showed up after Falardeau was reported missing. The officer didn't go into the suite at the time, but returned six days later.

It was then that they made two disturbing discoveries.

Officers said they found Falardeau's badly decomposed body in a suitcase in the bathroom closet. His body was missing some parts, including his head.

The next day, they found some of those parts in a bag inside a freezer: the victim's thumbs, anus and testes.

It was not until three months later that Falardeau's head was found in a Surrey hydro right-of-way.

Hosack had been in a provincial jail during this time, and remained there until May 2009. Upon his release, he was immediately arrested again, this time for the murder.

The interview that followed was one of the subjects of Hosack's appeal. He said it shouldn't have been deemed admissible during his trial.

The appeal judges summarized it as follows.

Hosack was asked about the murder, but denied it initially. Later in the interview, however, he "adopted the persona of his deceased grandfather, whom he called 'Ernie Gootchie Gootchie Koo.'"

"Among other things, Mr. Hosack also told them that Mr. Falardeau's thumbs and genitals were removed, that he died quickly and that he (Mr. Hosack) saw him (the grandfather persona) 'snap his head off like a twig.'"

Quoted in the decision from the Court of Appeal are parts of the interview, in which Hosack told police that Falardeau died "faster than he ever thought possible," and that "he couldn't have felt it more than a second."

At one point, an officer asked what word Hosack would call what he witnessed, to which Hosack (in his grandfather persona) replied, "Because he's seen both sides he'd say it's God's will or an act of God."

"And what would I call it?" the officer asks.

"You would call it murder or whatever," Hosack replies.

Hosack was charged and tried, and while his defence team argued the Crown failed to prove Hosack killed Falardeau, the judge admitted the statement to police and sided with Crown.

The judge outlined specific actions and how certain parts of Falardeau's body were removed. Those details will not be included here.

Defence was given time before a formal conviction to decide whether to argue that Hosack was not criminally responsible (NCR).

Hosack fired his lawyers and hired new counsel, then tried to argue that he fit the definition of NCR. That application was dismissed in 2017, and Hosack was sentenced to life in prison a few months later.

He is not eligible for parole for 15 years.

WHY WASN'T HE FOUND NOT CRIMINALLY RESPONSIBLE?

As for the NCR ruling, a doctor spoke to the court at the hearing, was cross-examined by lawyers and was even questioned by Hosack himself.

That doctor told the court that Hosack said he was intoxicated with alcohol and cocaine, and that he'd found Falardeau already dead in the attic apartment. His reason for the dismemberment was that he'd hoped it would lead Hells Angels to believe Hosack was dead, and thus he'd be safe.

That expert said Hosack "did not suffer from any symptoms of a psychotic illness involving the victim, which would exempt him from criminal responsibility."

"One cannot extrapolate from unexplained bizarre behaviour to a conclusion that it was driven by a delusion," the doctor said during the trial.

He said he couldn't definitively say whether Hosack had a mental disorder at the time, or that he would appreciate the consequences of the act, but the judge said based on a balance of probabilities there was no way to tell. The argument was dismissed and Hosack was sentenced.

Back in court to appeal both the admission of the statement made to police and that he wasn't found NCR, Hosack argued that the trial judge failed to consider whether his statement was voluntary.

As summarized by the appeals court judges, he submitted that the judge did not look into the context of the interview, including whether there were any "threats and inducements, oppression, operating mind issues and police trickery."

Hosack alleged that police were abusive to him in their treatment, keeping him in custody for hours and "preying on his delusions, paranoia, social isolation and mental illness."

He told the court a female officer flirted with him in an effort to exploit his vulnerability, and there was a veiled threat that he'd be charged with premeditated murder.

He said this context around his statement should have made it inadmissible.

He said it was wrong to infer Falardeau's death was intentional, as the evidence was entirely circumstantial. He said the trial judge failed to provide him with the proper assistance at his NCR hearing, and that they didn't stay the proceedings given "long delays" between different stages in the process.

Hosack brought to the Court of Appeal a written report by a forensic pathologist, in which the expert said the fractures noted to Falardeau's hyoid bone – often seen in strangulation cases – did not necessarily occur as the man was dying. The fractures could have been caused by dismemberment or later, by animals, the doctor said.

The bone was found six metres from Falardeau's skull, a summary of the argument says, information that was not provided to the expert who testified at the original trial.

The panel of appeal judges disagreed with Hosack's argument that the Crown's case was entirely circumstantial, and described the statement's admission as "direct evidence" that he was behind Falardeau's death.

They agreed that some of the trial judge's language was "arguably imprecise," including a reference to Hosack's "homicidal state of mind," but didn't feel the wording reflected a legal error.

Also, they agreed the trial judge could have more clearly explained his reasoning.

"However, those imperfections do not undermine the validity of the verdict."

They said they felt the verdict was reasonable and the analysis was "error-free."

They said the evidence from the new pathologist on what could have caused the hyoid bone fractures wouldn't have changed anything, so it wouldn't be admitted.

The pathologist who testified in the trial was open about not being able to reach a definite conclusion on cause of death based on the physical evidence. Another pathologist whose argument essentially amounted to the same thing wouldn't change the decision.

This time around, the court with the trial judge on the admission of the statement to police and on the NCR ruling, saying there were no grounds for an appeal.

The case was dismissed, and Hosack remains in prison.

A state of emergency remains in place for central Newfoundland, as well as a provincewide outdoor fire ban, as a long-burning forest fire continues to grow.

With a ceasefire between Israel and Palestinian militants holding after nearly three days of violence, Gaza's sole power plant resumed operations Monday as Israel began reopening crossings into the territory.