BURNABY, B.C. - A group protesting so-called demovictions in Burnaby, B.C., has been evicted from an empty apartment building it has been occupying for 12 days.

Natalie Knight says she and other protesters were asleep when about 20 RCMP officers smashed a window and came into the building early this morning.

The development company that owns the building had received a court injunction to remove the protesters, and police took all seven people out of the building.

Three, including Knight, were arrested, but she says they were released without being charged after signing an agreement saying they will stay away from the property.

Burnaby RCMP did not immediately respond to a request for comment.

Knight says the protesters will continue calling for an end to demovictions, where apartment buildings that provide affordable rental housing are demolished so new condo towers can be built.

You can hear banging and other construction already on Imperial where the protest was until arrests this morning. pic.twitter.com/BUMpmJ2cJ8 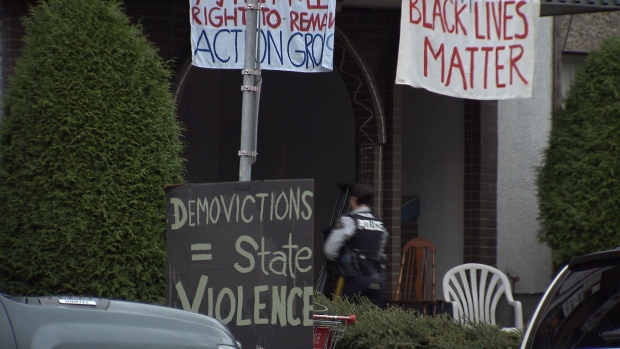