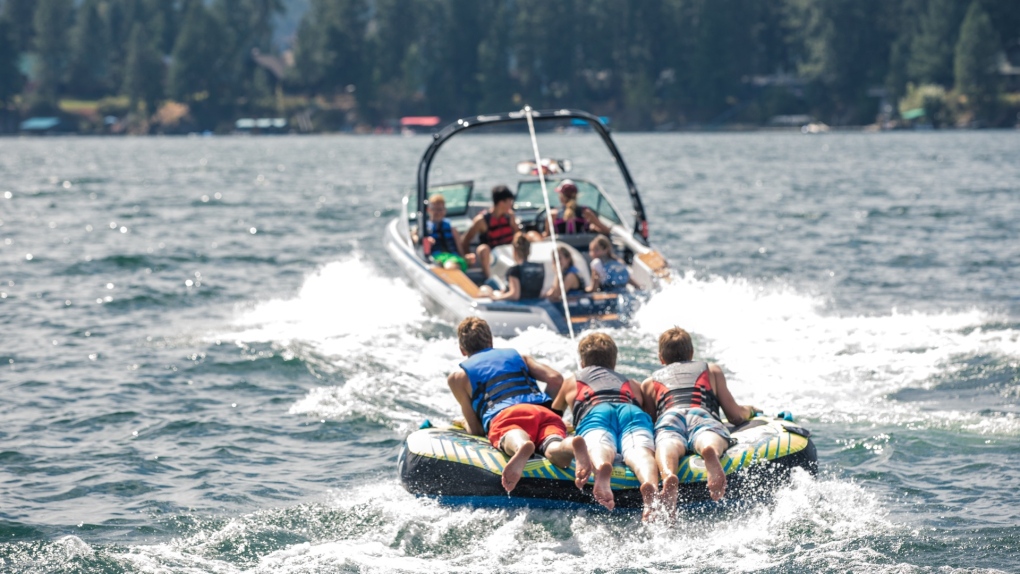 The days of noisy motorboats interrupting an otherwise serene afternoon at the lake could be numbered.

Limiting "excessive" racket at Canada's many lakes has been a goal of the Decibel Coalition for years, and members are hopeful the government may be ready to take action.

"If they do put decibel limit-based regulations in place, they will be emulating the success that over 27 U.S. states have had for more than two decades in dealing with the problem," Drinkwater told CTV News on Sunday.

The country's current Small Vessel Regulations already require all power-driven boats to use a muffler, but there are no specific performance standards those mufflers must meet.

On a website gathering public feedback about the possibility of strengthening regulations, Transport Canada acknowledged that lack of standards has "led to concerns that vessel engine noise sometimes exceeds acceptable levels."

"Police have also noted that it's hard to enforce the current requirements as they lack the technical expertise needed to identify whether a muffler is properly equipped or not," the site reads.

New regulations would come with their own challenges. To enforce a decibel limit, officials pointed out police would have to buy decibel-measuring equipment and train officers how to use it.

Transport Canada proposed five ways to address motorboat noise, including performance standards that would apply to both boat manufacturers and operators – which is what Drinkwater's coalition would like to see implemented.

The group, whose 54 members include a number of municipalities and environmental organizations, suggested Canada follow an international standard of 75 decibels, adjusted to human hearing, for shoreline sound measurements.

The government's public feedback process closed last month, and its unclear when any potential changes could be implemented. CTV News has reached out to Transport Canada for more information.