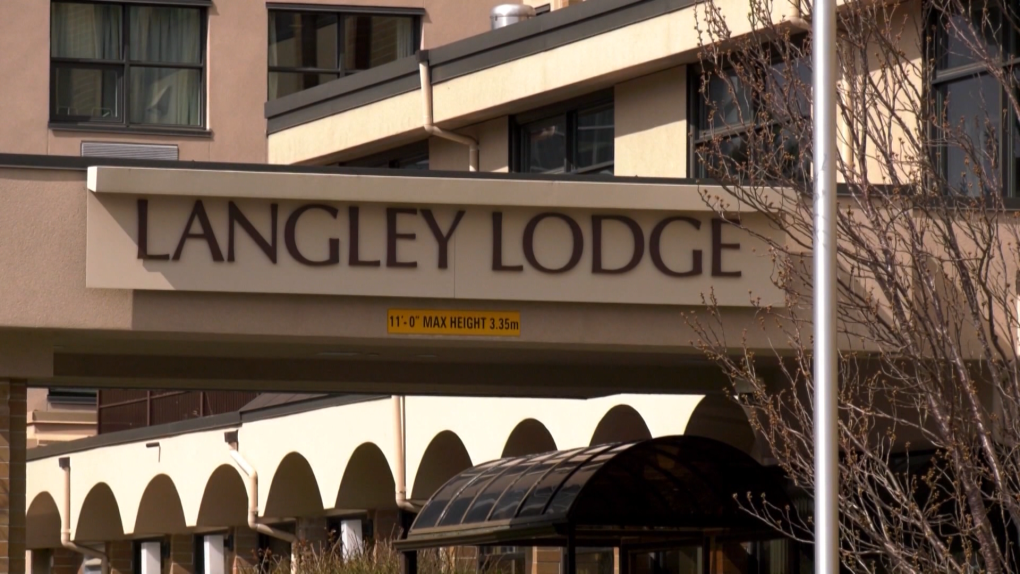 Three residents of Langley Lodge have died after 22 residents were infected with the virus, as well as four staff members. (CTV)

The second outbreak at Langley Lodge has claimed the lives of five more residents since Wednesday.

The seniors' home announced Friday that 16 seniors have now died from COVID-19, up from 11 just two days prior.

"Our staff continue to grieve the loss of these residents and we all extend our sincere condolences to families and friends," CEO Debra Hauptman and medical director Dr. Mitchell Fagan wrote in an outbreak status report.

A total of 43 seniors have been infected at the long-term care facility, though 11 have since recovered, meaning they no longer have symptoms and it's been at least 10 days since the onset of their symptoms. Eight staff members have also caught the virus.

But Langley Lodge officials noted there have been no new cases identified in six days, which they called "a positive step in the current outbreak."

The latest outbreak detected at the facility struck its dementia unit, which the B.C. Care Providers Association said has posed serious challenges.

Hauptman and Fagan's update noted the population is in the "highest risk group" for COVID-19, and that there remains no treatment or cure.

"We are providing compassionate end of life care for those who are not recovering from this deadly virus," they added.

Some of the outbreak protocols that have been put in place at the care home include enhanced cleaning and disinfecting, single-site staffing that began in early March, and screening of residents and employees multiple times a day.

They are also keeping seniors in their rooms and restricting staff movements throughout the facility.

Hauptman and Fagan said staff have been working "tremendously hard under difficult circumstances" to care for the residents, and that they appreciate all the supportive messages that have been sent to them.

"Please continue to support our staff with your message of encouragement and compassion," the said.

Some families have expressed concerns that the home is not providing timely communication. Langley Lodge said it is sending weekly updates to families by email and posting updates on Facebook, Twitter and LinkedIn, and facilitating virtual visits for residents and their families.