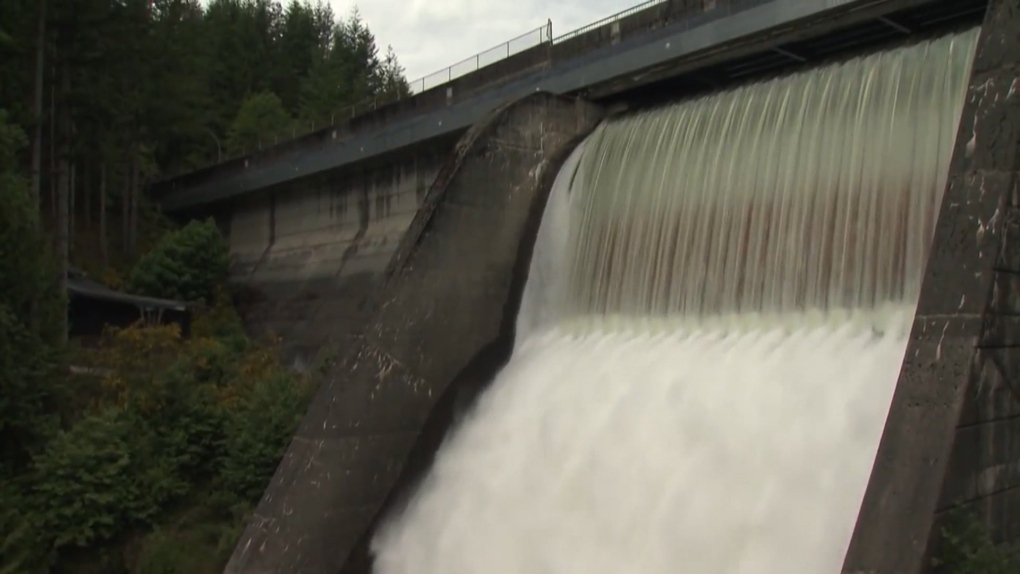 VANCOUVER -- There was no "malicious intent" behind the deadly release of water from B.C.'s Cleveland Dam last week, officials said Monday.

Metro Vancouver Regional District spent the weekend investigating what caused the dam's spillway gate to lower on Thursday, sending a torrent of water onto the Capilano River that killed at least one person.

Though the answer remains unclear, officials said they do not suspect any foul play.

"There are some questions for which we are still confirming answers, however, we are confident at this point that the event did not involve terrorism, sabotage or malicious intent," commissioner Jerry Dobrovolny said in a statement.

Dobrovolny said officials will be releasing information as it becomes available.

He also stressed once again that the structural integrity of the dam remains intact, and that officials are not concerned about the safety of the dam itself.

The spillway gate has been locked in place since the accident to prevent any further release of water. While Dobrovolny suggested last week that it might remain locked until next year, he said Monday that officials are making preparations to take the gate out of service by the end of next weekend.

Before doing so, officials will be lowering the level of Capilano Lake, the man-made body of water held back by the dam, until it's below the gate's elevation.

"Once the spillway gate is fully open, we expect it will remain so through the winter," Dobrovolny said.

Metro Vancouver operates two dams – Celevland and the Seymour Falls Dam – and neither has an external alarm that alerts the public in the event of an emergency.

Dobrovolny said part of the investigation into last week's fatal accident will involve "exploring options to improve our system, including the possible addition of alarm systems."

There are signs along the Capilano River that warn visitors about the possibility of fast-flowing water, but Dobrovolny acknowledged last week that those were never intended to cover the kind of sudden and unannounced release of water that happened Thursday.