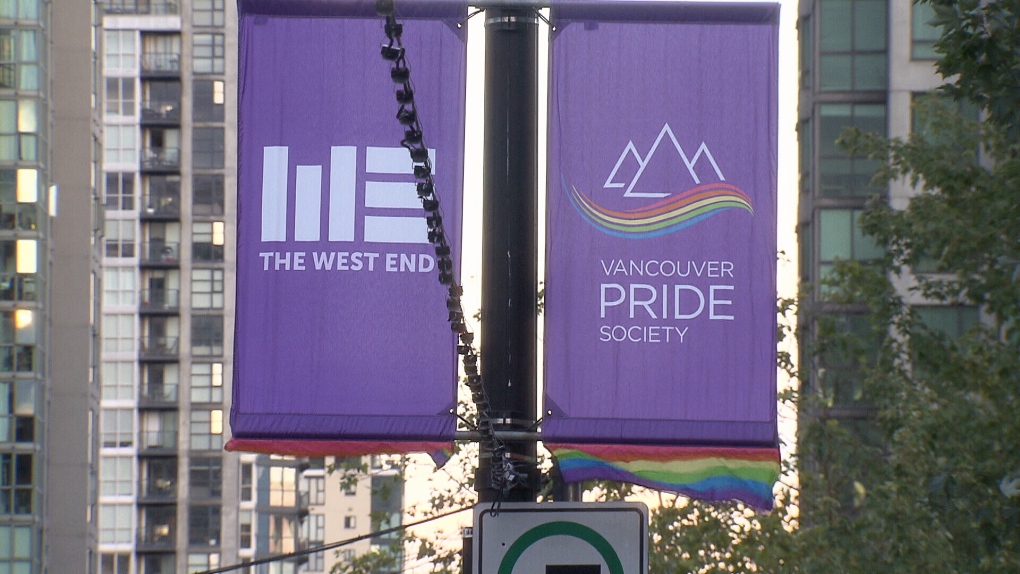 Signs on Davie Street in Vancouver's West End are seen in this file photo from 2016. (CTV)

VANCOUVER -- Aug. 11 update: The advisory has been expanded to include Aug. 2

Health officials are warning the public about another potential exposure to COVID-19 in Vancouver. This one happened at a bar on Davie Street on the weekend of the city's virtual Pride festival.

Vancouver Coastal Health is warning patrons who visited the Pumpjack Pub on Davie Street between the hours of midnight and 2 a.m. on the night of July 31 to Aug. 1 that they may have been exposed to the coronavirus.

The possible exposure is believed to be low risk, VCH said, but the health authority is still asking anyone who was at the venue during those hours to monitor themselves for symptoms of COVID-19.

The exposure is the second one VCH has warned about on Davie Street in the last month. There was also a public exposure at the Sandman Suites hotel from July 7 to 16.

More recently, 7-Eleven Canada announced this week that an employee working at its Davie Street store had tested positive for the coronavirus, and asked anyone who visited the store on July 28 to self-monitor for symptoms.

The company closed the location for cleaning and asked staff to self-isolate for 14 days, with pay. The store has since reopened.

VCH did not issue an exposure alert about the 7-Eleven.

The Vancouver Pride Society cancelled its annual parade and festival in the West End this year because of COVID-19. A virtual Pride week was held, culminating with a virtual parade on Aug. 2.