Criminality suspected in case of missing B.C. man who believed 'everyone is good people'

Criminality suspected in case of missing B.C. man who believed 'everyone is good people' 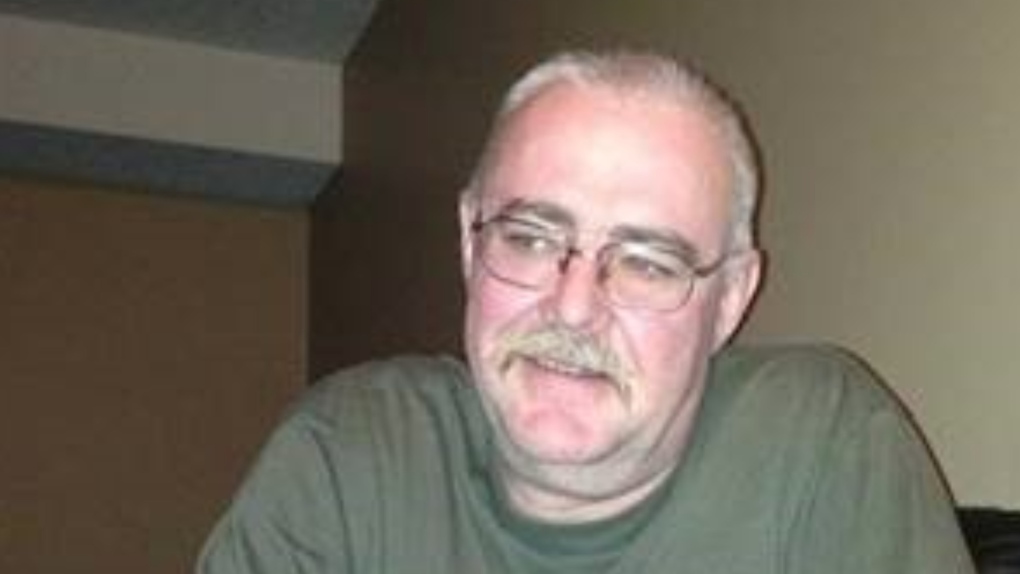 Missing person Rory McDonald is shown in an image provided by the RCMP.

A man who believed strongly in the kindness of others has been missing for more than a year, and police believe something criminal is behind his disappearance.

Rory McDonald was last seen in mid-May of last year. He was spotted on 35 Avenue in Vernon, between 34th and 33rd streets.

It's unclear what happened to the man whose family says had the personal motto of "everyone is good people."

Surveillance video from the last day he was seen, May 16, shows him sitting in a chair outside of a hotel. Police did not say why they believe McDonald was at the hotel, nor did they say which hotel it was.

Investigators have been vague about the details of the case in other respects as well.

They said "criminality is suspected," but did not say why, or speculate on whether they believe the missing man is still alive.

They did not say whether the man was known to police, but said his family is pleading for more information, and for those who know what happened to come forward. 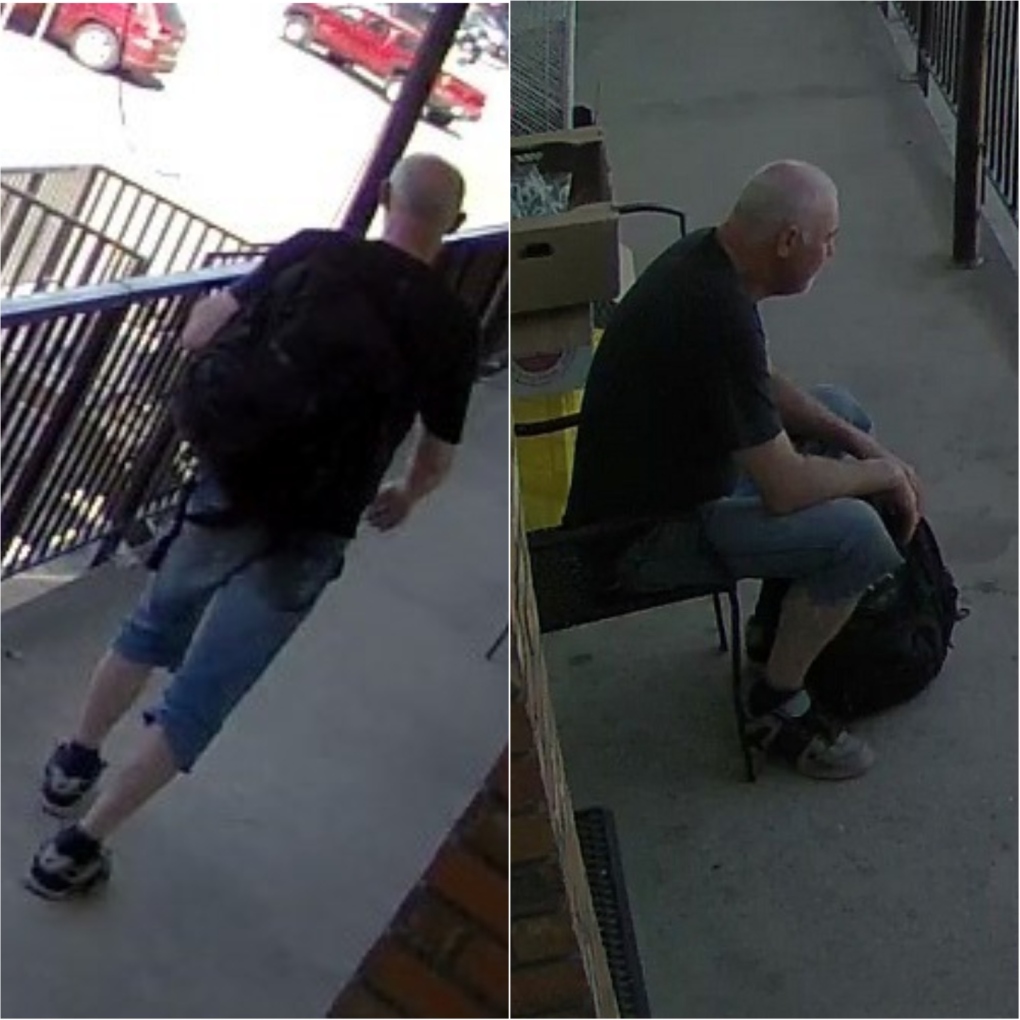 Rory McDonald is seen at a hotel in Vernon, B.C., in these photos provided by the RCMP.

In a news release about another appeal for information, they said there are two vehicles believed to be involved in McDonald's disappearance, but did not give any further details on what connection those vehicles might have to the case.

The vehicles are a 2002 Volkswagen Passat, which was spray-painted black, but was also partly gold or tan in colour, and a 2004 Honda Accord, which is grey in colour.

Mounties in Vernon said they're looking for anyone who saw the vehicles in rural or remote areas of the North Okanagan between May 16 and 17, 2021, but did not say what the drivers of these vehicles are suspected of doing.

They also did not give licence plate numbers, or say where the vehicles were found. From photos in the RCMP news release, it appears they're now being stored in the same garage, without front licence plates. 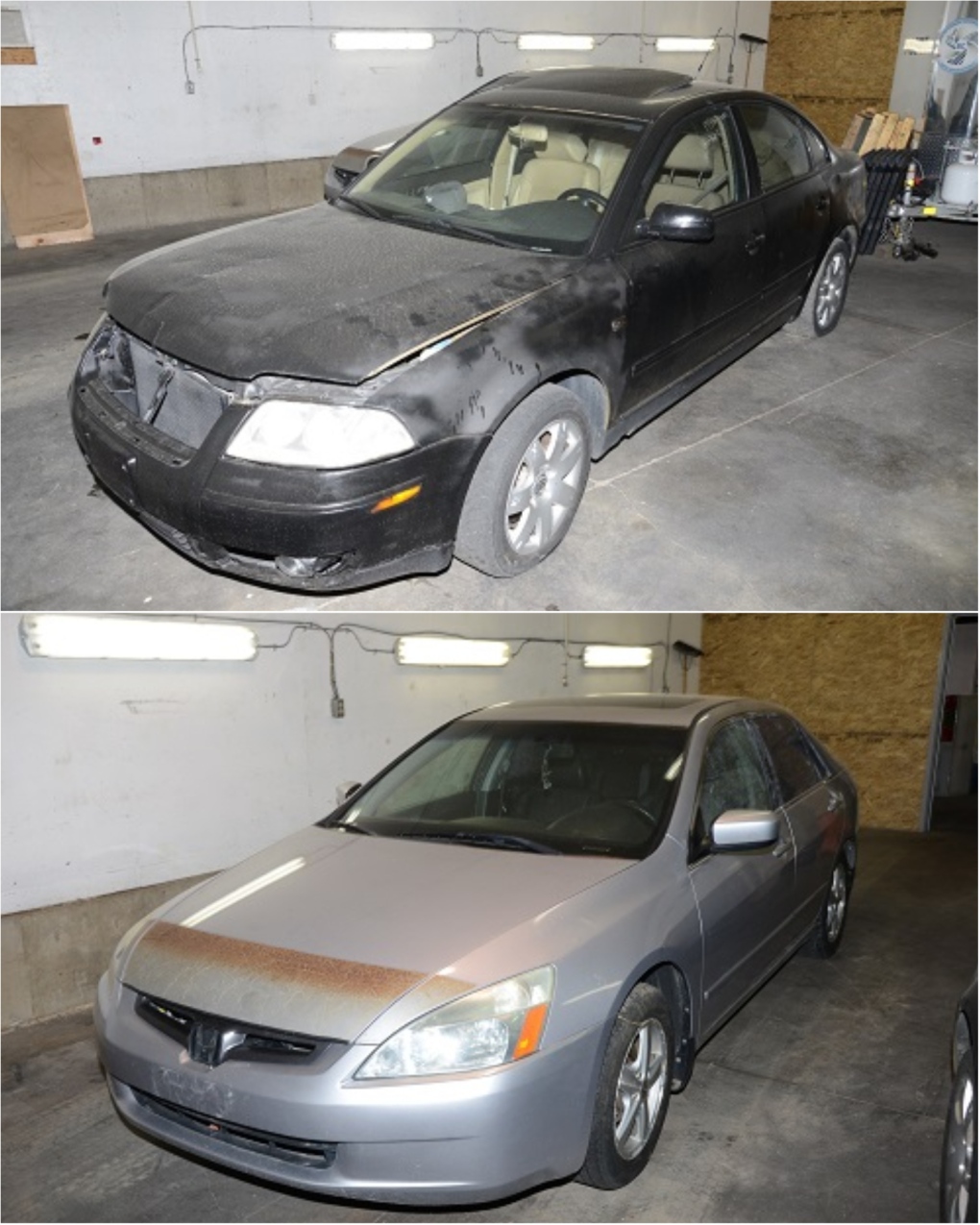 Vehicles associated with the disappearance of Rory McDonald are seen in these photos provided by the RCMP.

In addition to information on the vehicles, they're also looking for more on what happened to McDonald, who is described as white, 6'5" and 230 pounds.

He had short white hair and a moustache and goatee at the time of his disappearance, and was wearing a black Volcom T-Shirt, blue jeans (possibly rolled up), "grey/black skater-style shoes" and a large black backpack.

He has a tattoo of a unicorn on his left bicep, police said.

'I would have died': Minister LeBlanc meets man behind life-saving stem cell transplant

A stem cell transplant will forever connect Intergovernmental Affairs Minister Dominic LeBlanc with a young man from Germany. The minister was diagnosed with an aggressive blood cancer called non-Hodgkin's lymphoma in 2019.

Orillia OPP has laid a charge of first-degree murder in the death of a man who was first reported missing more than 12 years ago.