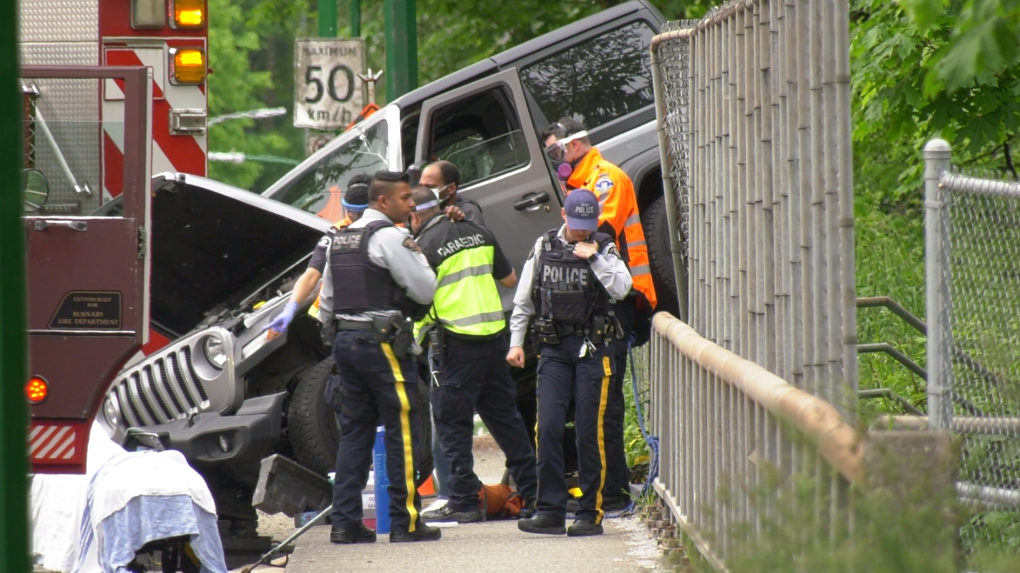 A driver had to be extracted from a Jeep hanging over an overpass in Burnaby Friday, May 22, 2020. (Pete Cline / CTV News Vancouver)

VANCOUVER -- A single-car crash on the North Road overpass Friday morning left the Jeep on the railing, precariously above the railway below.

Firefighters from Burnaby had to secure vehicle and use spreaders to take off the door in order to remove the driver. Two fire engines and a rescue unit were called to the scene, as were firefighters from Coquitlam.

“We had to make sure the vehicle wouldn't fall while (B.C. Ambulance Service) was removing the patient," the fire captain told CTV News at the scene.

Additionally, there are precautions in place due to COVID-19, so there are more steps involved in rescues during recent weeks.

One male was extracted from the vehicle and taken to hospital by ambulance.

Traffic on North Road was down to single a single lane but has since re-opened.