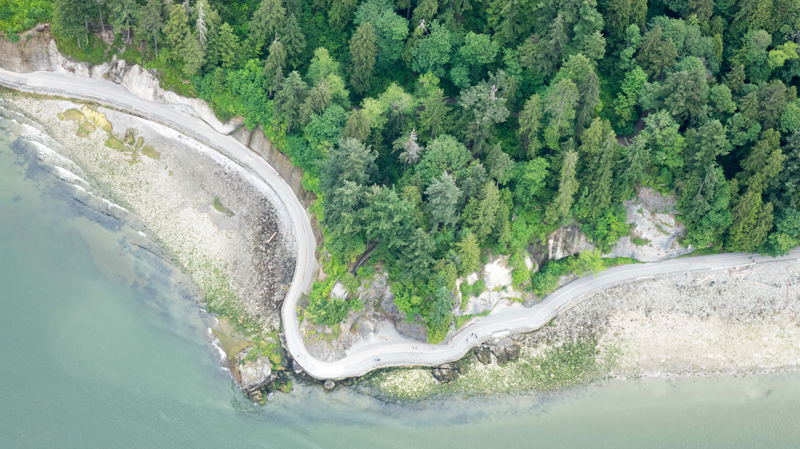 A stretch of the seawall around part of Vancouver's Stanley Park is seen from the air in 2016. (Pete Cline / CTV News Vancouver)
Vancouver -

Conservation officials are investigating after another person was attacked by a coyote in Vancouver’s Stanley Park on Friday evening.

In a statement, the B.C. Conservation Officer Service said it is investigating after a woman was attacked and suffered scratches to her shoulders and upper back.

“A coyote came up from behind at approximately 10 p.m. The incident occurred along a walkway near the cannon on the east side of the park,” reads the statement.

The park has seen a rash of coyote attacks over the past year, with several in July, including one that sent a toddler to hospital. For weeks, conservation officers have warned people to stay away from the park due to the threat of coyote attacks.

Officials have been working to track down the coyotes responsible for the attacks. In January they euthanized two coyotes and in July they killed four more.

“The COS will be focusing trapping efforts to specific areas to minimize the chances of catching a non-target coyote. Any coyotes captured that do not match the profile of the offending animal will be released,” the statement continues.

The attack happened around the time that Stanley Park closed to visitors for the evening. Since Friday, the Vancouver Park Board has been closing the park to non-essential visitors between 10 p.m. and 6 a.m. every night due to extreme wildfire risks.

The conservation service did not specify whether the woman was violating park rules at the time of the attack.

A magnitude 5.9 earthquake caused slight damage in suburban Melbourne on Wednesday in an unusually powerful temblor for Australia.