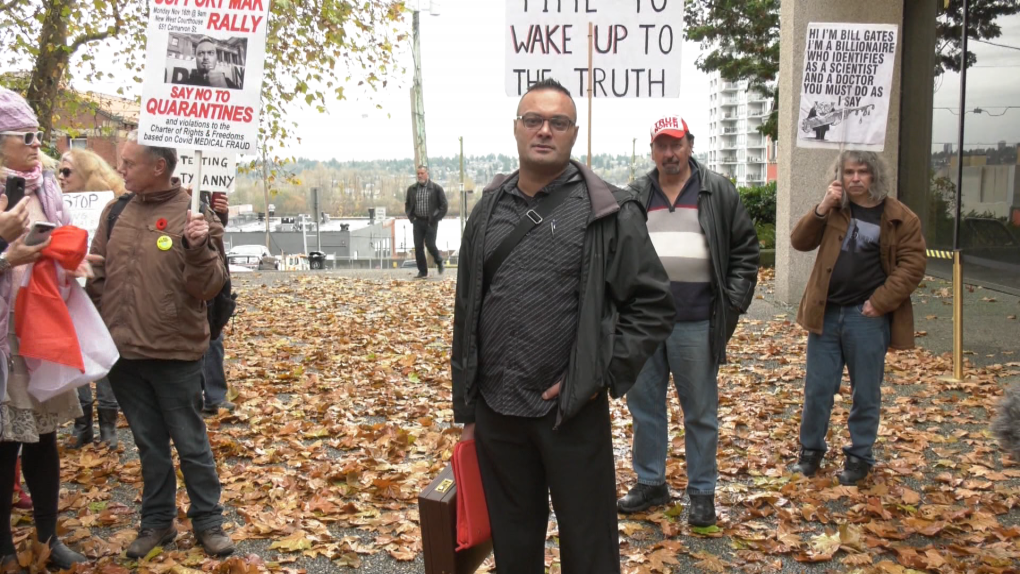 VANCOUVER -- A lawsuit filed by COVID-denier Makhan Singh Parhar alleging he was kidnapped by authorities after allegedly breaking quarantine has been thrown out of B.C. Supreme Court.

Police said they arrested Parhar back in October 2020 because he had repeatedly violated the Quarantine Act after returning from "Flatoberfest," a conference in the United States for people who believe the Earth is flat.

He was initially ticketed, but later taken into custody and held for four days after he had apparently refused to comply with quarantine rules.

Parhar, who has called the pandemic a "fraud to control us all" on his Facebook page, filed a lawsuit asserting that he's not bound by the Quarantine Act, with documents accusing the government of everything from terrorism to extortion. B.C. Premier John Horgan, Health Minister Adrian Dix and Attorney General David Eby were named among the defendants.

On Friday, B.C. Supreme Court Justice Murray Blok dismissed the online provocateur's claims as "frivolous and vexatious," noting that Parhar openly denies the authority of the same court he used to file his lawsuit.

In his filings, Parhar refers to himself as "prosecutor," and asserts jurisdiction over the case in a fictional "Parhar Court."

Justice Blok found that Parhar failed to make a comprehensible argument, and that the COVID-denier had instead relied on pseudolegal language to mount a case that is "patently absurd and nonsensical."

"It is embarrassing or scandalous, in the legal sense of those terms, because it does not set out the real issues in any intelligible form and contains assertions and declarations that make it impossible to respond to the claim," Blok wrote in his decision.

Apart from having his claim dismissed, Parhar was ordered to pay $750 in costs to the defence.

"The usual rule is that costs are awarded to the successful party," Blok wrote. "No reason has been shown for the usual rule not to apply here. Even indigent parties are not immune from an award of costs."

Parhar is also still facing charges in connection to his alleged Quarantine Act violations, and is expected to appear in court later this year.

'Why we survive': B.C. boundary towns struggle without Albertans during pandemic

127 vehicles stopped at B.C. COVID-19 roadblock, none forced to turn around