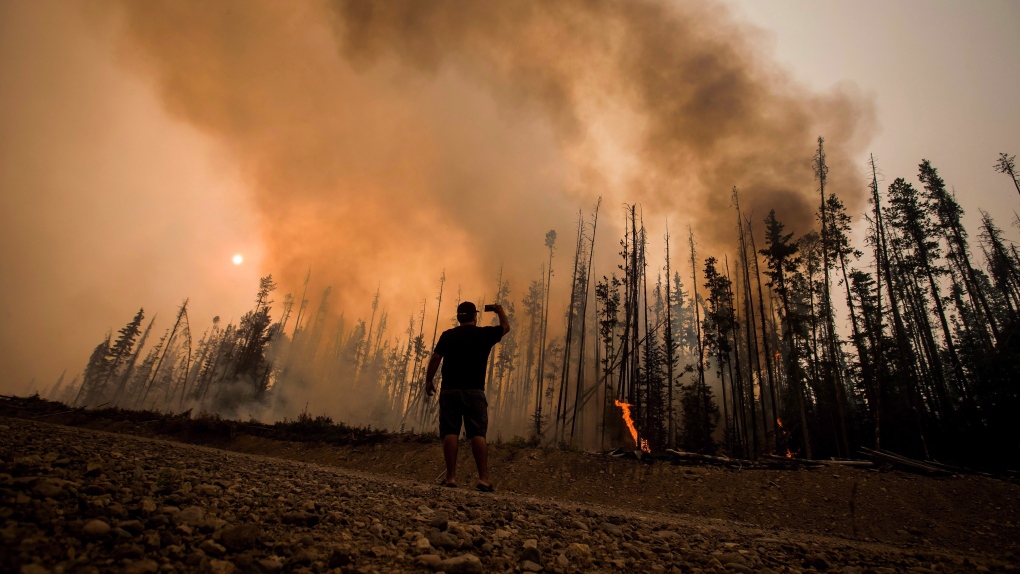 Figures from the BC Wildfire Service show people caused more than 54 per cent of the wildfires in the province last year.

"Although the start to the 2020 fire season has been relatively normal so far, we must remain vigilant," said Donaldson. "Mitigating wildfire risk is a shared responsibility and I'm calling on all British Columbians to help safeguard our communities, resources and infrastructure from harm."

The wildfire service has developed plans aimed at protecting about 1,700 personnel and the people they may come in contact with from contracting or spreading COVID-19, said Donaldson.

Jody Lucius, communications superintendent for the service, said there are new sanitation protocols for staff travelling in shared vehicles, including aircraft, and professional-grade hand-washing stations for fire camps.

The service is now using single-person tents, she said, and new supply kits will help crews camp in smaller groups where possible to help reduce the risk of the virus spreading through larger camps.

It's also working on plans in case someone staying at a firefighting camp develops symptoms compatible with COVID-19, Lucius added.

Right now, the wildfire service will not be implementing COVID-19 testing for personnel who don't have symptoms, said Donaldson, but he deferred to B.C. public health officer Dr. Bonnie Henry for further guidelines.

Melia Walker, director of mass care and emergency support services for Emergency Management BC, said they're working to make sure emergency personnel and volunteers receive testing in line with health officials' strategies.

The province has prohibited most open burning activities this year, including prescribed burns, to reduce the risks of human-caused fires and smoke that could affect air quality during the pandemic.

"That's an unusual move that we've taken as a direct result of COVID-19 both because of the smoke impacts ... as well as in order to ensure that our crews are available to respond to other wildfires," said Lucius.

Earlier this month, the wildfire service also launched an interactive app for smartphone users that offers real-time information about wildfires.

Fire crews have responded to 139 wildfires as of April 1 this year, compared with a seasonal average of 172, said Lucius.

The intense fire seasons of 2017 and 2018 offered lessons and prompted an increase of $35 million to this year's $136-million wildfire budget, said Donaldson.

"These investments ensure that the BC Wildfire Service has access to the most appropriate firefighting equipment," he said, pointing to the expansion of the service's fleet of air tankers, helicopters and skimmers that scoop up water from lakes.

"We're ready for the wildfire season as it presents itself. We have the funding, the expertise, the people and the equipment to deal with whatever is in store."

This report by The Canadian Press was first published May 21, 2020.