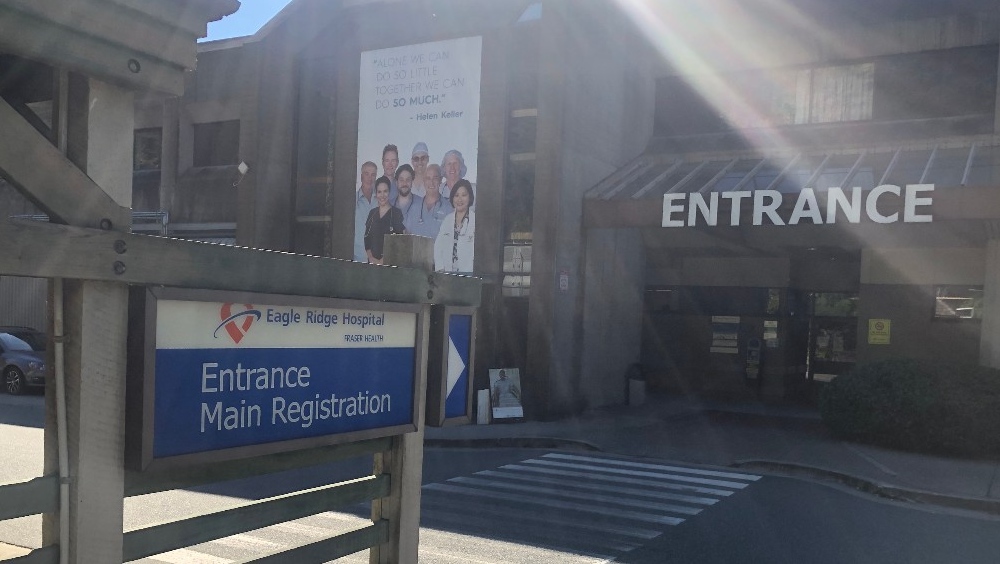 VANCOUVER -- Another COVID-19 outbreak has been declared at a Lower Mainland hospital.

In a news release Monday, Fraser Health said Eagle Ridge Hospital in Port Moody recorded transmission in a medicine unit. The health authority says 10 people have so far tested positive for the disease.

"Upon declaring the outbreak, Fraser Health immediately implemented precautions, including enhanced cleaning as well as contact tracing to protect the health of all staff, medical staff, and patients," a statement from the health authority says.

It's the fourth outbreak to be declared at a hospital in the Fraser Health region in as many days.

On Sunday, the health authority said there was evidence of transmission at the Surrey Memorial Hospital's medicine unit, where one patient tested positive for the disease.

And, on Friday, an outbreak was declared in a unit at Royal Columbian Hospital in New Westminster. There, five patients tested positive.

The four units impacted were all temporarily closed to admissions and patients in them were notified about the outbreaks, Fraser Health says.

B.C. out of AstraZeneca vaccines amid surge in demand at pharmacies

Your first dose was AstraZeneca. Could your second one be Pfizer?

Lower Mainland to be treated as one health authority region under B.C.'s travel restriction