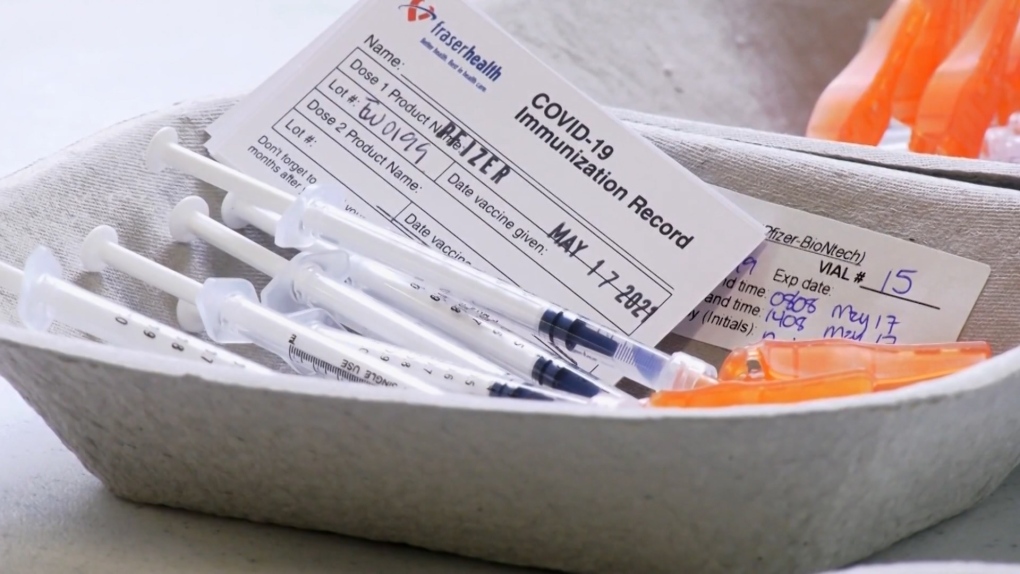 The update, provided in a written statement from the Ministry of Health, pushed the province's seven-day average for new infections to 636 per day, up from 622 on Tuesday.

B.C.'s seven-day average for coronavirus-related deaths also climbed to 5.29 per day, the highest it's been since February, when the province was just ramping up its vaccination program.

"Our condolences are with the family, friends and caregivers of those who have died as a result of COVID-19," Health Minister Adrian Dix said on Twitter.

The update indicated there are 324 COVID-19 patients in hospital across the province, including 157 in intensive care – though official ICU numbers have recently come into question.

CTV News has learned that coronavirus patients in ICU are removed from the provincial total once they are no longer considered infectious, even though they sometimes remain in treatment for months.

Wednesday's update does not include the vaccination statuses of COVID-19 patients in ICU, though officials previously said 94 per cent of the 155 who were in intensive care as of Tuesday were not fully vaccinated. About 88 per cent had not received a single dose, including all patients under the age of 40.

The latest confirmed COVID-19 infections pushed the province's active caseload to 5,458, an increase of 176 from Tuesday.

About 30 per cent of the new cases were recorded in the Interior Health region, followed by 28 per cent in Fraser Health, 17 per cent in Northern Health, 13 per cent in Vancouver Coastal Health and 10 per cent in Island Health.

For context, Interior Health represents about 16 per cent of the provincial population; Fraser Health, 38 per cent; Northern Health, six per cent; Vancouver Coastal Health, 24 per cent; and Island Health, 17 per cent.

The Ministry of Health also announced one more outbreak, at the Sunset Manor assisted living facility in Chilliwack. There are now 23 active outbreaks across B.C.'s health-care system.

Officials have stressed that the best way to curb COVID-19 transmission and avoid hospitalization is to get vaccinated. Just over 87 per cent of B.C.'s eligible population age 12 and older has received at least one dose, and just under 80 per cent have received both.