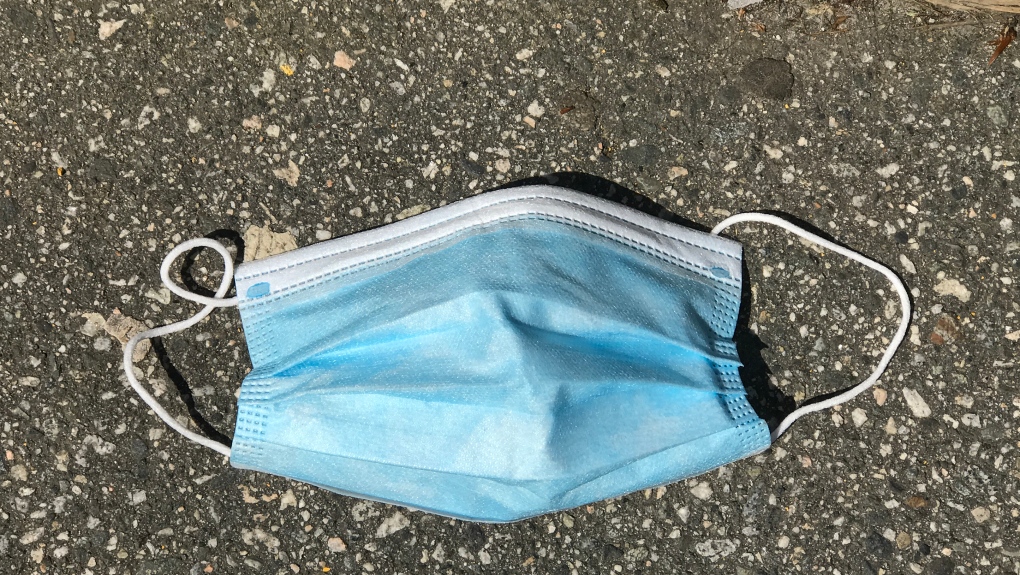 A used protective face mask is seen discarded on the ground in this file photo taken in May, 2020. THE CANADIAN PRESS/Jonathan Hayward
Vancouver -

Another 59 people have tested positive for COVID-19 in B.C., health officials announced Wednesday.

The latest update brought the province's total number of cases to 147,856 since the start of the pandemic.

No deaths related to the disease were reported in the past 24 hours. No deaths were announced in the previous COVID-19 update either.

The past two days have marked very slight upticks in rolling seven-day averages for daily case counts. That figure now stands at 39, up from 37. Two days ago, the average was at 35.

Of the latest cases, the most – 20 – were recorded in the Fraser Health region. Interior Health recorded the second highest number of cases at 17. Another 13 were noted in Vancouver Coastal Health, two were recorded in Northern Health and three were reported in Island Health. Four people who normally reside outside of Canada tested positive in the past day.

The health ministry said there are 624 active cases of the coronavirus across the province, which is up 22 cases from Tuesday. The last time B.C.'s active case count increased was April 15.

Of the active cases, 86 people are in hospital recovering from the disease, with 20 of those in intensive care.

B.C.'s COVID-19 updates are no longer coming in live briefings with Dr. Bonnie Henry and Health Minister Adrian Dix. Instead, they're being released in brief statements from the health ministry.

The NHL record for most consecutive games played stood since 1987, but that record has now been tied, as Philadelphia Flyers defenceman Keith Yandle skated in his 964th consecutive game Monday night when the Flyers hosted the Dallas Stars, tying the record originally set by Doug Jarvis.