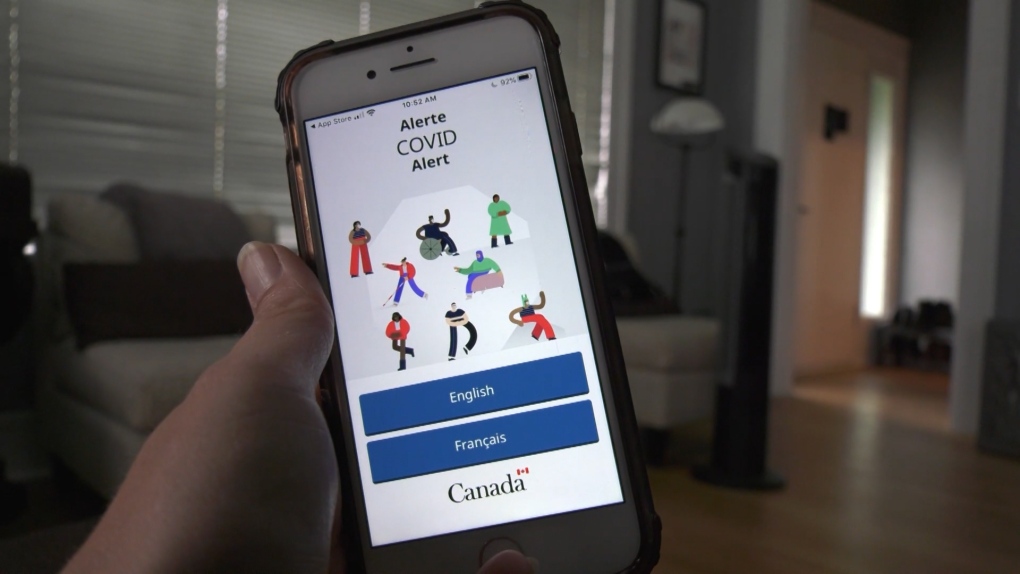 VANCOUVER -- Even though COVID-19 cases surged in B.C. over the weekend, the province's top doctor says locals won't soon be using a nation-wide app designed to alert Canadians to possible exposure.

During her briefing Monday, Dr. Bonnie Henry said the app would not be an effective tool in B.C.'s fight against the coronavirus until some changes are made.

"It's been a challenge for us," Henry said, explaining there are some elements built into the federal system that B.C. health officials "don't feel work" and "would cause more concern and frustration."

Henry said negotiations are ongoing with Ottawa about possible modifications.

"What we would really like to see is an app that we could download when we're at a celebration or a party or a church service so that we can identify those specific times when there may have been somebody with COVID who was in that vicinity," Henry said.

Instead, Henry said the current app is "very non-specific."

"And it goes back for 14 days, which to us doesn't make a lot of sense because people are not infectious for 14 days before their test comes back," she said.

In a news conference Tuesday, Prime Minister Justin Trudeau said the team that created the app is working to improve its ability to pinpoint moments of exposure, but said privacy of the app's users is still key.

"If you have an app that does all the things that our scientists and doctors would love for the app to do, not many Canadians would be likely to download it because of privacy concerns," Trudeau said.

Trudeau said he hopes B.C. listens "to the many British Columbians … who would love to have this additional tool."

"It's not the panacea, it's not the one thing that's going to fix everything, but it is another important tool in our toolbox that has prevented thousands of cases across the country," Trudeau said, adding that about five million Canadians have downloaded the app so far.

"We are at a place where it is having a real impact."

B.C. and Alberta are the only two provinces that have not activated the app. Henry did say that people travelling to other provinces could download it, adding "that would be an important thing to do."

"I know they've committed to addressing some of those issues," Henry said. "But we've not reached an agreement … it's not at the point where it would be helpful for what we're managing here in B.C. for our pandemic right now."