Court of appeal will not revisit conflict of interest commissioner's decision 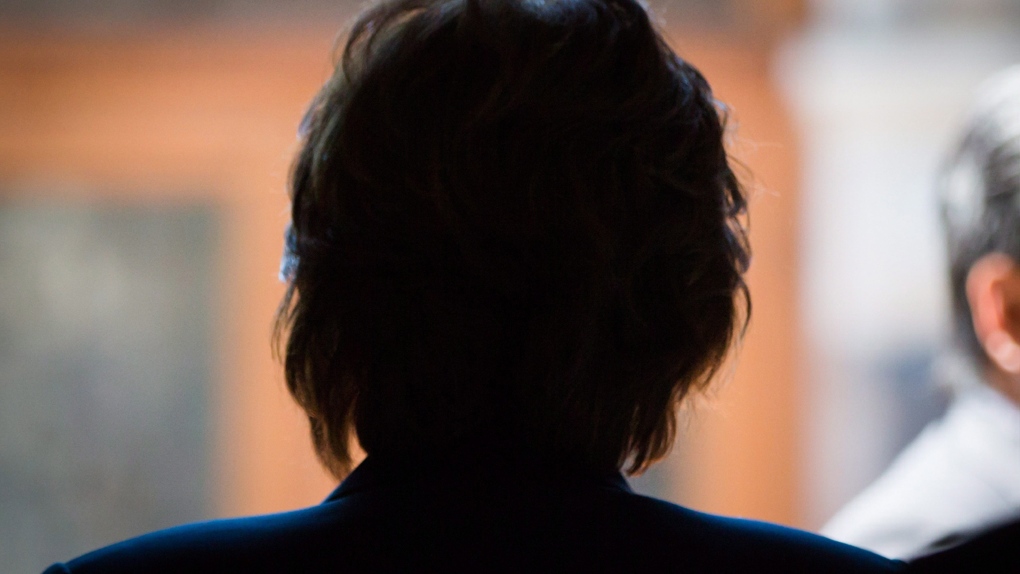 Former British Columbia premier Christy Clark is silhouetted as she walks to her office after question period at the B.C. Legislature in Victoria, B.C., on Thursday June 29, 2017. THE CANADIAN PRESS/Darryl Dyck

The B.C. Court of Appeal has dismissed a bid by a government watchdog to revisit a decision by the conflict of interest commissioner that found no problem with former B.C. premier Christy Clark holding exclusive fundraisers and personally accepting cash from the Liberal Party.

The three-member panel of judges said it found the case moot as Clark is no longer in power, meaning there wasn’t much more punishment that could be levied against her even if that decision was reviewed.

Democracy Watch had argued that B.C.’s Conflict of Interest Commissioner, Paul Fraser, shouldn’t have cleared Clark on accusations related to her accepting a large personal stipend when Fraser’s son worked directly for her.

“The purpose of this case was broader than just Premier Clark’s receipt of hundreds of thousands of dollars personally, or her ongoing fundraiser using her office as premier to leverage massive donations,” said Democracy Watch’s lawyer, Jason Gratl. “We were interested in preventing all political parties from engaging in that type of activity.”

Two complaints were launched by then-opposition NDP MLA David Eby and Democracy Watch co-founder, Duff Conacher, arguing that exclusive fundraisers attended by Clark and a stipend of as much as $50,000 a year directly paid to her by the B.C. Liberal Party amounted to an illegal gift.

Fraser said in a written decision that he was “unable to conclude” that donations received by the party amounted to a “private interest” for the former premier.

Democracy Watch applied for a judicial review of Fraser’s decision, noting that the commissioner’s son, John Paul Fraser, was a powerful bureaucrat in Clark’s government at the time.

On top of that, records list a “Paul Fraser” as one of the donors to the BC Liberals. The commissioner, however, disputed that it was him.

An application for judicial review was dismissed. Democracy Watch appealed that dismissal to the Court of Appeal.

Justice Harvey Groberman said the court was leery of treading on areas where parliament has jurisdiction without a clear case with a remedy.

“Although in this case the termination of the former premier’s tenure deprives the dispute of any practical effect, that will not always be the case,” he said in a ruling delivered at the hearing.

“It trusts the court into what is essentially a political dispute. The courts must not fear ruling in this area but they also need not go out of their way to deal with them. There is a real sense that the court is being asked to interfere with what is arguably the privilege of the legislature,” Groberman said.

Outside court, Gratl told reporters that he thinks the issue will come before the courts again, but in a case where a politician remains in his or her position.

“We can be fairly certain that politicians from whatever stripe would find themselves in conflict of interest at one point or another,” he said.

“I doubt this will be the last opportunity for my client to generate a legal issue of this type,” Gratl said.