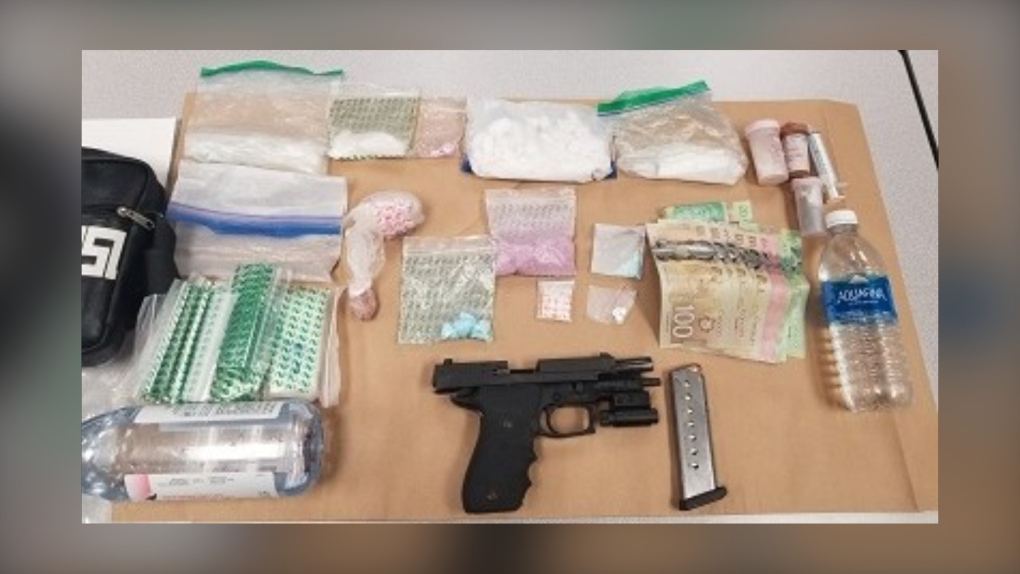 Police showcase guns and drugs that were allegedly seized in a May 6, 2021, arrest.

VANCOUVER -- A pair who Surrey RCMP say allegedly fled during a traffic stop was later found with a loaded gun and drugs, police say.

Surrey RCMP say they seized a loaded gun from a man and woman during a May 6 arrest that involved the Surrey Gang Enforcement Team and the RCMP helicopter.

A news release from Surrey RCMP says the pair fled from police at a high rate of speed, after they failed to stop during a traffic stop. The Air 1 helicopter was in the area and helped officers on the ground find the suspect car as it entered an underground parkade near the 8200 block of 120 Street.

Police say they recovered a loaded handgun from the car along with drugs that were packaged in a way consistent with drug trafficking.

A man and woman were arrested for failure to stop for police and dangerous operation of a vehicle. They have not been charged, but police say the investigation is ongoing.