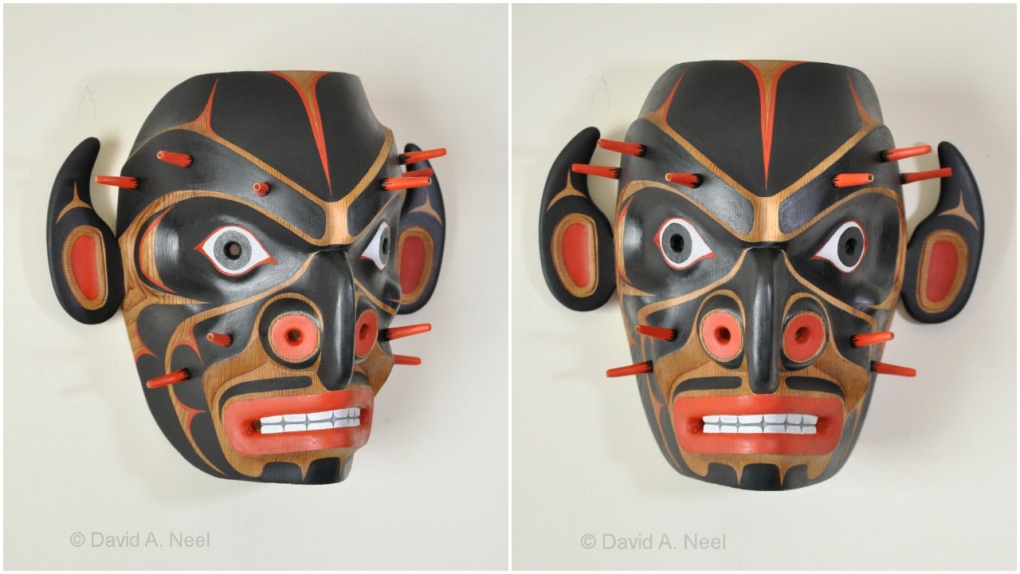 VANCOUVER -- A B.C.-based Indigenous artist drew inspiration for one of his latest pieces from a worldwide pandemic.

The mask shows a face in red and black, with red horns or spikes poking out of the face, red-lined nostrils, pointed ears and a grimacing mouth.

The member of the Kwakwakaʼwakw, or Kwakiutl, First Nation said the mask he envisioned when he first started the project was very different from the final product, which was completed earlier this month.

"During that time (between April 2020 and January), the pandemic, and the measures that were implemented affected the entire world," he said in a statement to CTV News.

"It has become the single most impactful and significant event in contemporary world history." 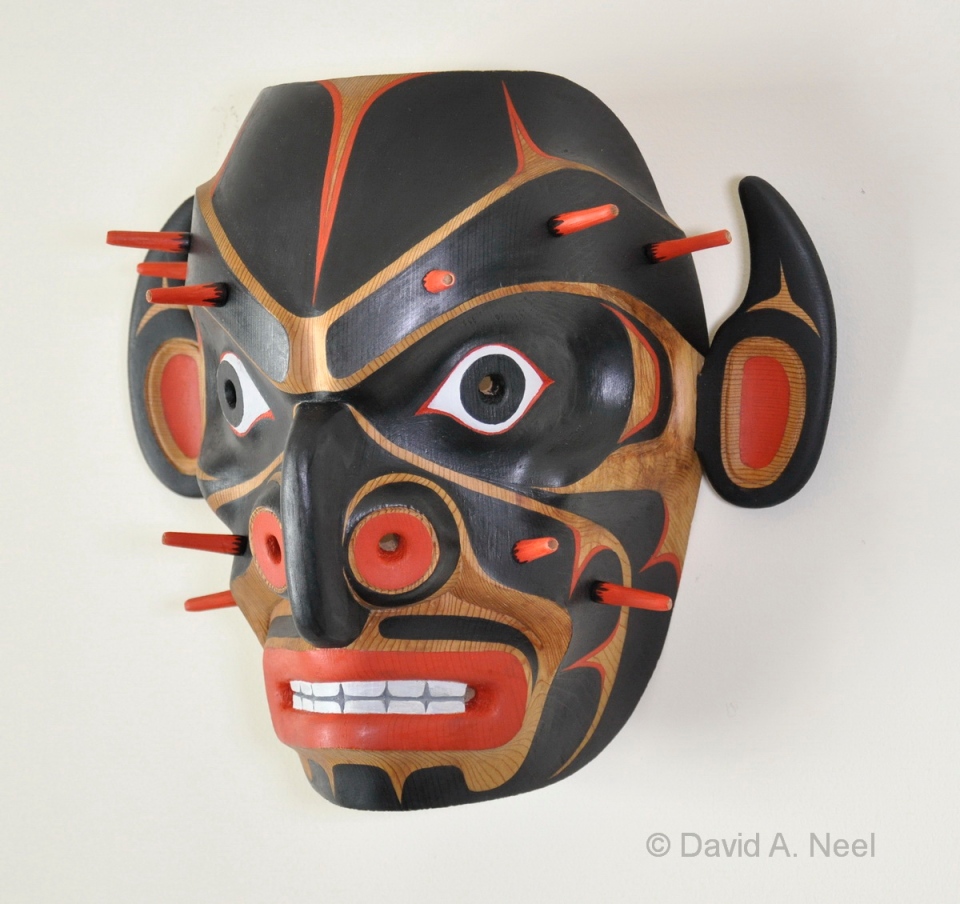 Neel, who is also a jeweller, photographer, writer and print maker, said he believes one of the functions of art is to create symbols that represent people and the issues and events of their time.

"This event has been so overwhelming that it is difficult to comprehend; that is why we need symbolism," he said, quoting psychologist Carl Jung, who said symbols speak to the soul. 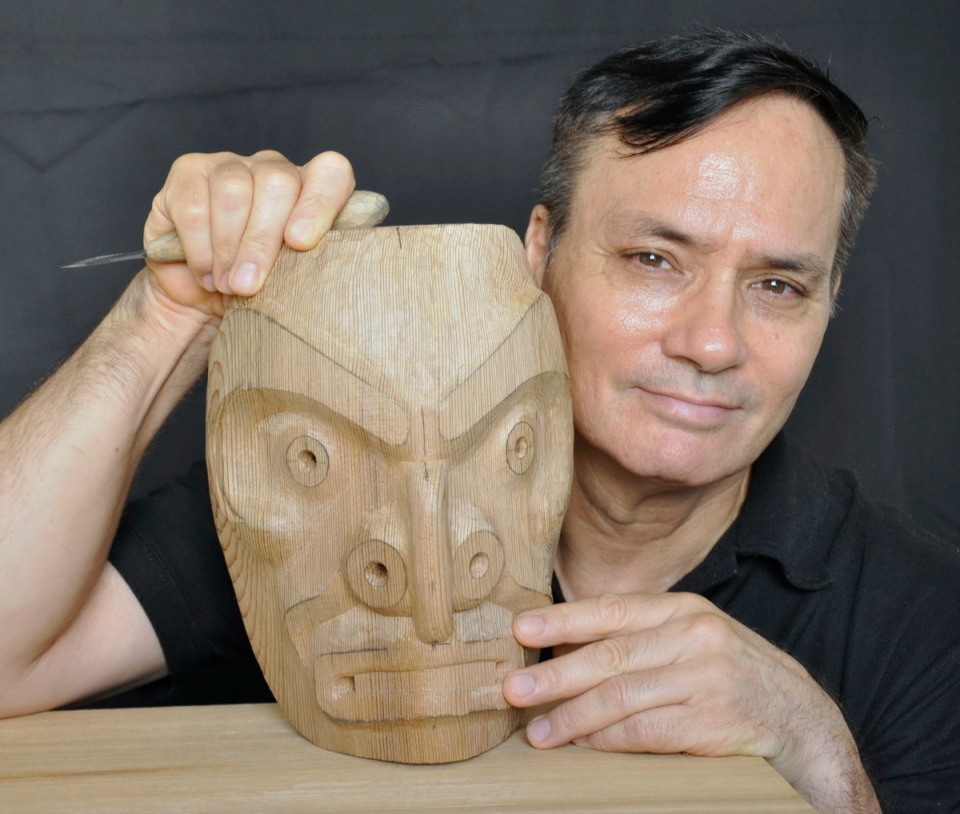 He said masks made by Indigenous artists in northwestern B.C. have been powerful symbols "since ancient times."

He sees his work as following in their footsteps, creating a mask that represents COVID-19.

Neel has also created masks depicting nuclear disaster, what he calls the "injustice system," and another titled "Digital Trickster." 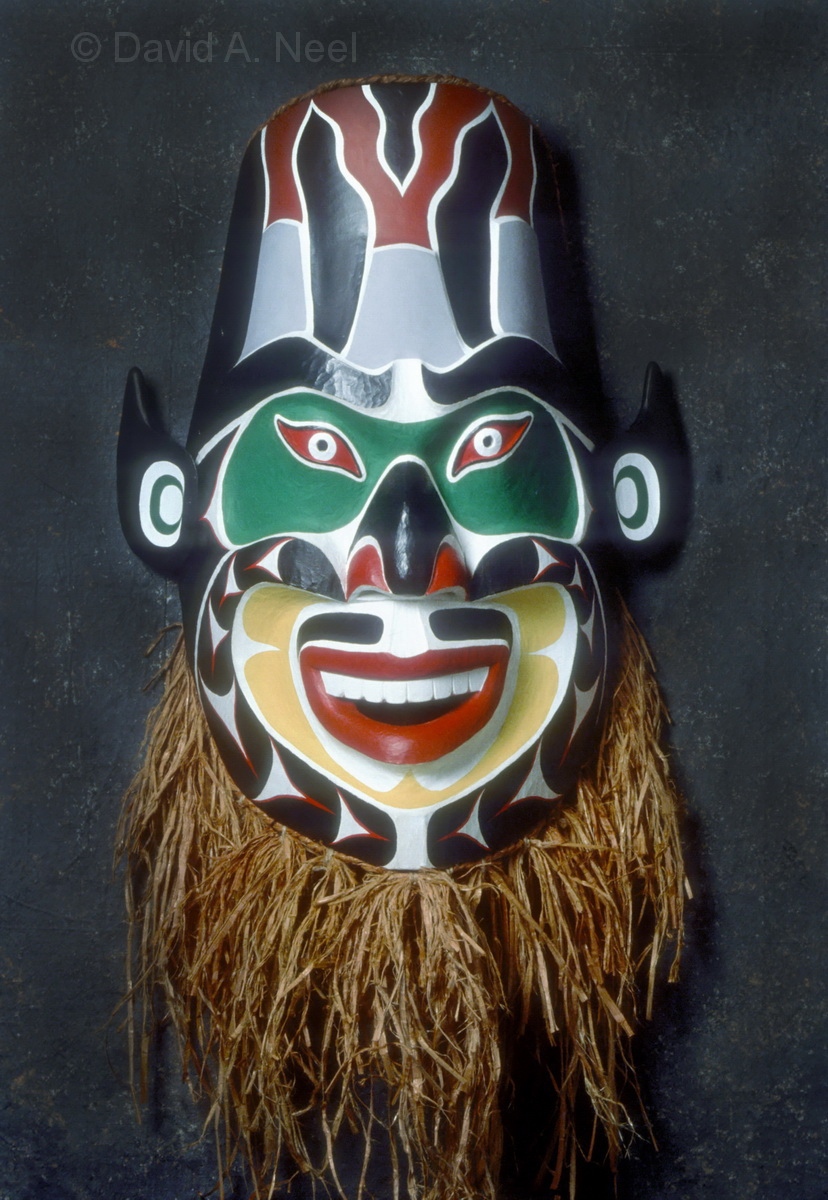 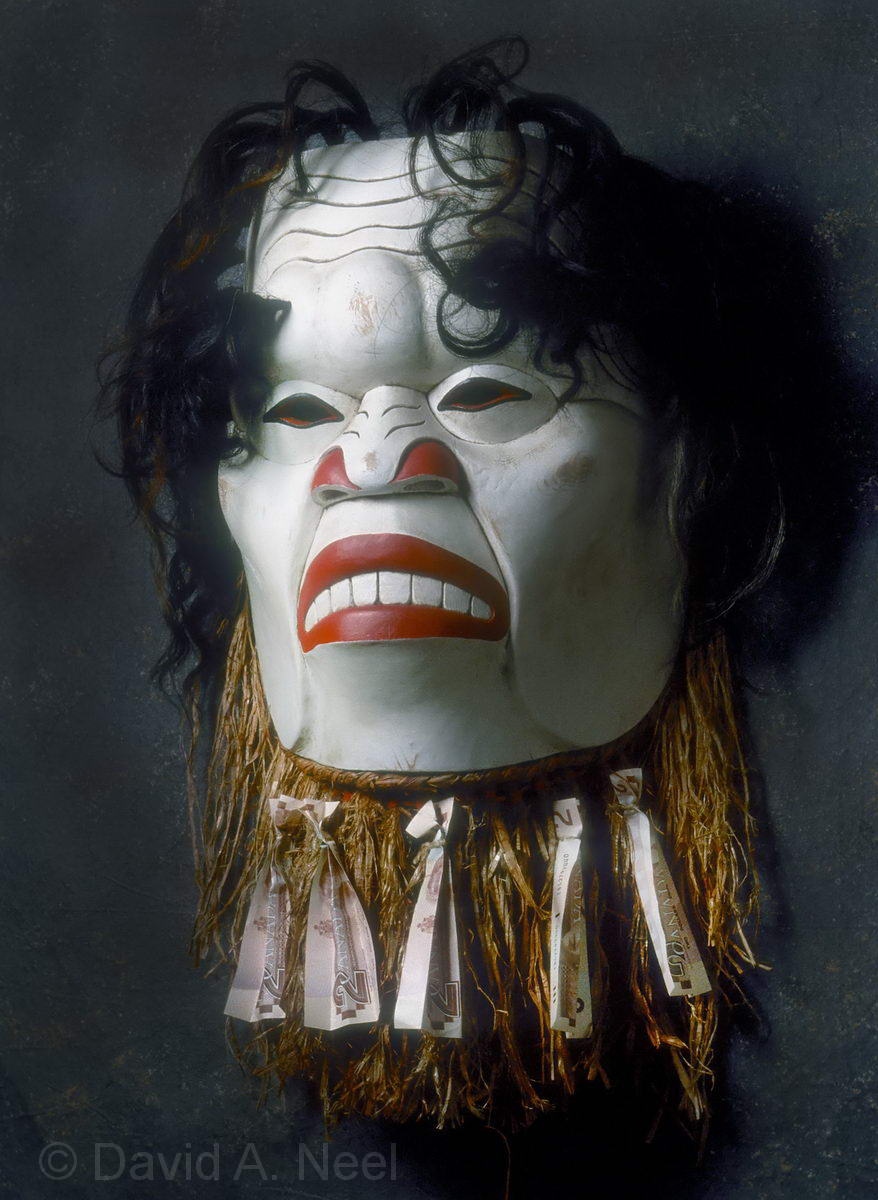 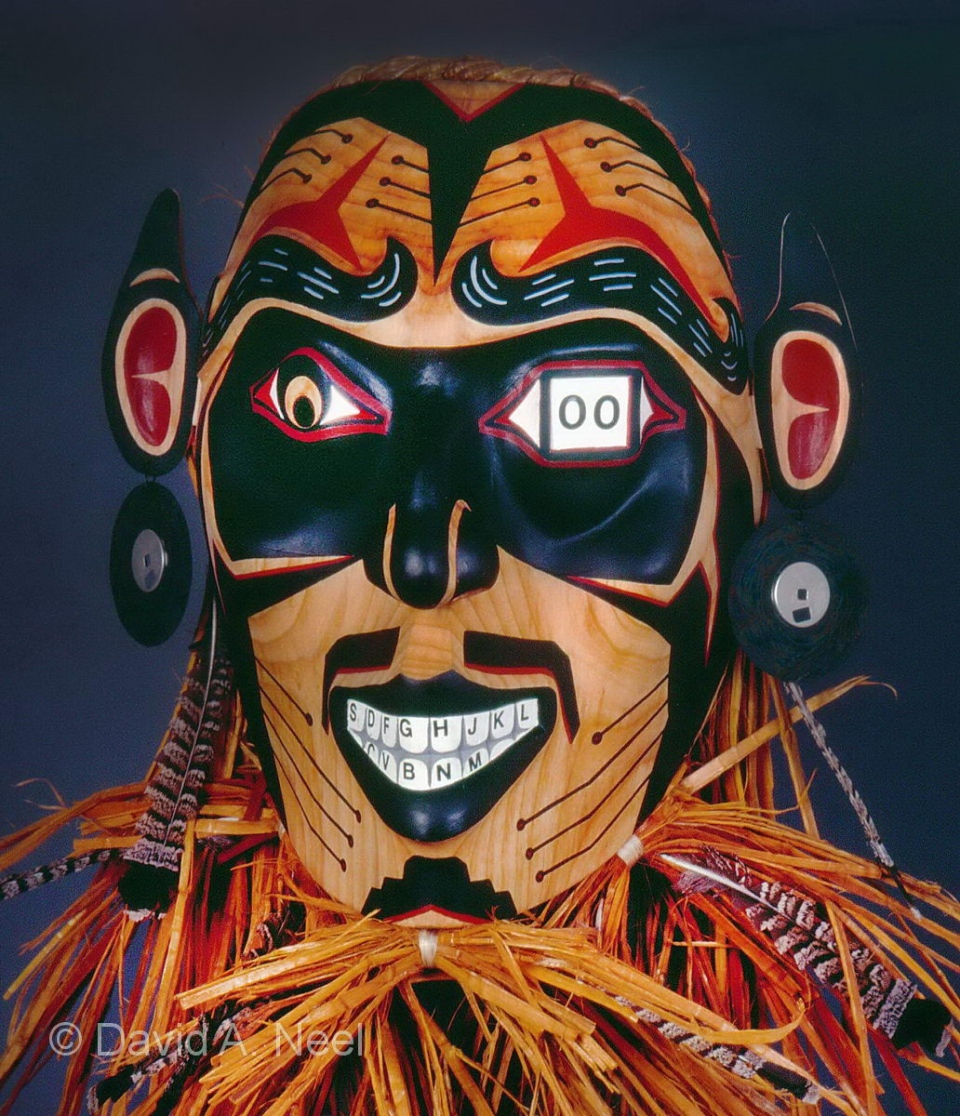 All photos provided to CTV News from David A. Neel