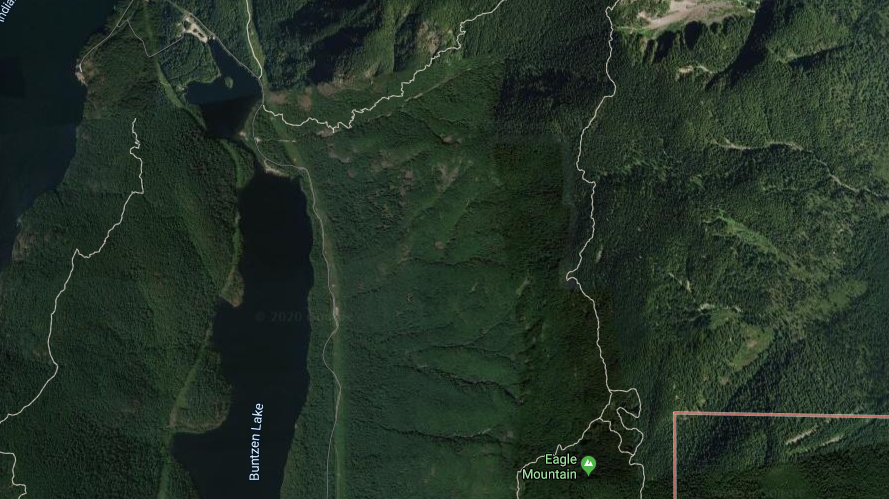 A Coquitlam search and rescue team walked all night through heavy snow on a steep trail near Eagle Mountain to find five young snowshoers who had gotten lost on Saturday, Jan. 18, 2020. (Google map)

A Coquitlam search and rescue team walked all night through heavy snow on a steep trail to find five young snowshoers who had gotten lost.

All five are now safe, but it could have been a much different story, said Alan Hurley, search manager with Coquitlam SAR. The Eagle Mountain trail the snowshoers were on is extremely challenging – at times nearly vertical, with ropes and chains installed to help people climb up – and  normally isn't used in winter. In summer, the Swan Falls loop along Eagle Ridge takes eight to 10 hours to complete.

The avalanche risk was also high for that area of the backcountry.

"(They were in) extreme danger, but luckily we have some experienced avalanche people with us who could pick their way through the terrain," Hurley said.

"You're thinking we could end up with five fatalities if we can't get to them and the weather keeps getting worse."

The three men and two women, all in their early 20s, set out at 9 a.m. on Saturday, but by 4:30 p.m., they realized they were lost and called for help, Hurley said. Rescuers were able to ping a showshoer's cell phone and determine their location in a gully near a place called Spirit Pass.

Coquitlam Search and Rescue checked whether a helicopter rescue was possible, but the cloud cover was too low. So a team of three Coquitlam SAR members started the long hike in.

What would normally be a three hour journey took nearly eight hours, but Hurley said the team was able to find the lost showshoers and warm them up using special vests that use the same technology as hand warmers.

The search and rescue team then walked the showshoers out, and they reached safety at around 6:30 a.m. Sunday. Aside from being cold and tired, the showshoers are not injured, Hurley said.

Hurley said the showshoers were not prepared for the winter conditions: they were lightly dressed, only had two cellphones between them that were quickly losing battery power, and just two light emergency blankets.

The only thing in their favour was that the temperature has warmed up, but that only raises the risk of avalanches, Hurley said.

"They should have checked the avalanche warning before going and stayed out of the backcountry," Hurley said. "They didn't know the scope of this trail and how steep it is."

Hurley said people should stay off mountain trails in the winter unless they have the proper training, have planned their trip, are prepared to camp overnight in winter conditions and have equipment to help them stay warm and dry.