Coquitlam-Port Coquitlam: Liberals hope to hang on in suburban 'bridge' between city and nature

It’s the sprawling Tri-Cities riding where the Liberals have squeaked out a victory in the last two elections.

Ron McKinnon, a computer programmer and former meteorological technician, captured the seat by just 390 votes in 2019, with 34.7 per cent of the vote.

His Conservative challenger, Nicholas Insley, came in second with 34.0 per cent, while the NDP’s Christina Gower was a distant third, with 23.0 per cent.

Back up to 2015, and the gap was slightly wider, with McKinnon 1855 votes over the Conservatives’ Doug Horne, and the NDP’s Sara Norman in third.

Now, for the third consecutive election in a semi-rural riding that McKinnon describes as a bridge between the city and nature, the Liberals are facing challenges on both the right and the left.

Laura Dupont, running for the NDP, has been a Port Coquitlam city councillor for seven years and is the current president of the Lower Mainland Local Government Association.

Katerina Anastasiadis, the executive director of the Abbotsford Chamber of Commerce, is a political newcomer running for the Conservatives.

Kimberly Brundell, a mother of four and active school PAC member, is representing the People’s Party of Canada.

The Green Party does not have a confirmed candidate.

(The Green Party and People’s Party candidates received 6.9 per cent and 1.2 per cent, respectively, in the 2019 vote.)

Notably, Dupont, who describes herself as a “climate fighter,” was censured by her colleagues on Port Coquitlam city council in 2020 for leaking confidential information related to a development and the preservation of a tree.

When CTV News asked Dupont as part of this interview if she regretted the leak and what she took away from the experience and consequences, she answered: “I obviously learned to be really careful. Obviously.”

She went on to say: “And why did I do it? Because I was fighting for the community. I really believe at my heart I was standing up for the community and what matters to the voters who elected me.”

Beyond Dupont’s reflections on her censure, all candidates were individually asked the same questions.

Their answers have been lightly edited for brevity and clarity. 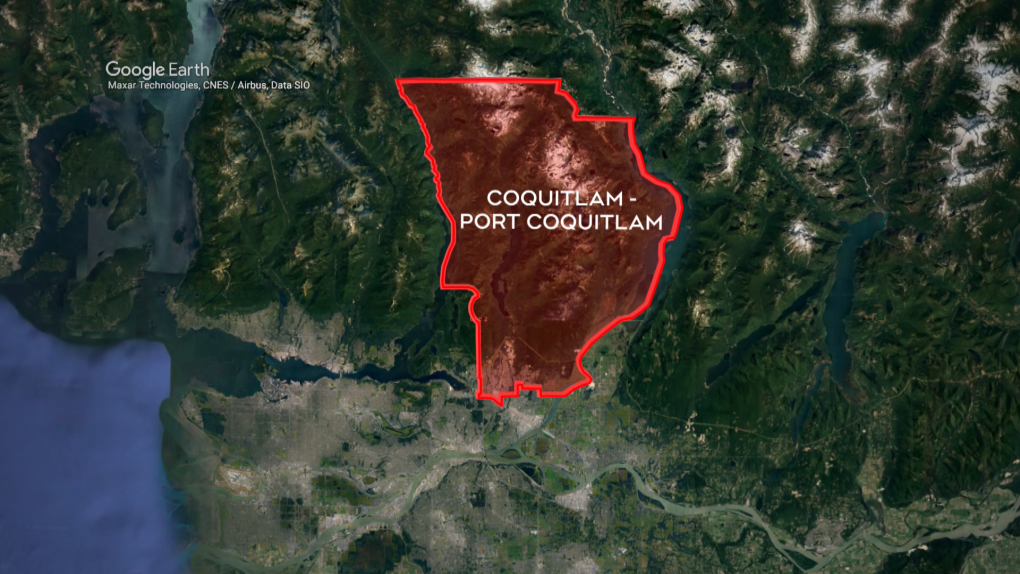 CTV News: How would you describe Coquitlam-Port Coquitlam and the people who live here?

Katerina Anastasiadis, Conservative candidate: A very livable community. My riding is one that has been changing in recent years. I think we’ve got more families that are moving in, more developments with townhomes and apartment buildings. I think it’s a great area with recreation and green space.

Laura Dupont, NDP candidate: A beautiful place to live. Fabulous quality of life. And the people in this riding are engaged and committed to the values in this community. It’s a beautiful place to be outdoors, and they care a lot about nature.

Ron McKinnon, Liberal candidate: Officially its a semi-rural riding, which means we have a lot of wild spaces, a lot of nature. The people by-and-large are urban. Our focus is more about business and families.

Dupont: I’ve worked really hard on city council for seven years. And I think I can represent this community really well, because people are struggling. The pandemic has been hard on people. People have lost jobs, lost incomes, and been struggling with mental health issues because it’s been so much to carry. I think the Trudeau Government has done a lot to cater to the ultra-wealthy in this country.

McKinnon: I’ve lived in this community for 30 years and I raised my family here. I have been active in doing work to restore salmon stocks, to clean up our rivers. And I’ve had an opportunity to meet with a lot of people over the years to hear what their concerns are and what their cares are, and what their interests are. I’ve been proud to have advocated for them in Ottawa over these years. But the work is not done, we have much more to do.

Anastasiadis: I’m in my late 30s. I’m looking to the future to build a family. I represent a very key demographic - those that are looking to affordability, options for childcare, part of a generation of renewal - that I think we really need in Ottawa.

Also, my experience as an executive director of (the Abbotsford) chamber of commerce really helps me understand small businesses and the issues that matter to them.

McKinnon: Certainly finishing the fight over COVID-19 is critically important. And ensuring that we have a robust and vigorous recovery so we can get women back to full participation in the workforce and ensure the prosperity of small businesses, and so forth.

We also need to continue our ambitious actions against climate change and to protect and preserve the environment.

Anastasiadis: Making sure people can get back to work. We’re looking for leadership, we’re looking for a strong plan, and I know that the Conservatives have a really great recovery plan.

Dupont: People are talking about the climate crisis. And a lot of people are feeling like there isn’t enough being done. That the Trudeau Government has seen greenhouse gas emissions continue to increase, subsidies continue to increase. We bought a toxic pipeline. Meanwhile, people are struggling to breathe the air for a good portion of the summer. And dealing with extreme weather events that are really taking a toll on the people in this riding.

I’m excited about the NDP plan which shifts subsidies to green energy projects, that they’re talking about restoring wetlands and planting billions of trees in the country. Healthy communities are important. It’s what people love about this community.

Anastasiadis: This election is about who has the plan to ensure a really prosperous recovery for Canadians. And that involves a jobs plan, getting more accountability in Ottawa, respecting taxpayer dollars.

I think it’s also about things like affordability, childcare, the environment, these are all issues that I’m hearing about from constituents when I’m out on doorsteps.

Dupont: I think this election is about change. I think a lot of Canadians want to see some change. Things aren’t working very well for most Canadians. And I think we have a real opportunity. We can shift the dynamic in this country, and get a government in power like Jagmeet Singh and the NDP, and feel really hopeful for a change. He makes me feel hopeful about the future, and I haven’t felt that way in a really long time politically.

McKinnon: This election is about finishing the job. About continuing the work that we’ve done over the last six years. To achieve more results on climate change. To make housing more affordable.

Dupont: I think I have a really strong background on the climate issue. I’ve been working hard for a healthy community for seven years. I’ve worked hard on (Metro Vancouver’s) Climate Action Committee. I’m the president of the Lower Mainland Local Government Association, and we have shaped a lot of good climate policy to push forward to the province.

I think we have some really good solutions within the NDP’s platform to deal with the climate crisis, and I think that’s the challenge of our times.

Anastasiadis: I think I stand out because I’ve lived through, very personally, some of the key issues that are affecting my demographic. So that’s affordability, that’s child care. I think I stand out because I’m with the party that actually has a plan to get us out strong, rebuild from the pandemic. And I think our party actually has a track record.

McKinnon: I want to focus on my campaign and let them focus on theirs.

Anastasiadis: The Liberal party is the greatest challenge in this riding, given that they’re an incumbent here, the last two elections. We lost by 390 votes in the last election. So I’m looking to turn this over and to convince Canadians that we are the better choice for them and their family just based on track record we’ve seen over the last six years, which has been a bunch of promises, a bunch of irresponsible spending, at the end of the day that the middle class is going to have to pay for. They’re not helping the middle class, they’re making things difficult for the middle class and for small and medium-sized businesses.

Dupont: Probably the Liberals with our current MP being the incumbent. I think Canadians are struggling a bit with some of the issues with the Green party and the Conservatives. But I think the incumbent is the person I’ll have to work hardest to beat.

Anastasiadis: I tell voters that I have a small business background, that I’m the executive director of a chamber of commerce, that I understand what that means, and how important it is to our economy. I also tell them I have worked for Covenant House Vancouver, serving homeless youth, so that both economic and social issues are very important to me.

Dupont: Laura Dupont is a committed climate fighter for this community, and I’m really excited to get to work.

Everything I’ve done politically, has been to fight for this community, fight hard to represent this community and the values that matter to them. I think if they looked at my background and the work that I’ve done, they would see that I’m a real fighter, and I’m ready to join the NDP and Jagmeet Singh to fight for Canadians.

McKinnon: That’s a very good question. I’m still trying to figure out what I want to do. I’ve been a meteorological technician, way back in my youth. Computer programmer for 35 years. And for the last six years, certainly a parliamentarian. At this stage of my life, that’s who I want to be right now, a parliamentarian.

I want my constituents to know that I’m here for them. My door is open for them. And I’m always ready, willing, and able to hear their concerns and to do my best to address them in Ottawa.

CTV News: Please complete this thought however you’d like: “If elected, I…”

Dupont: If elected, I will fight to keep this community healthy for all of us. I want to make sure that we’re resilient to the effects of climate change. That we deal with rising greenhouse gas emissions. And that we are more fair to Canadians in terms of taxation and everything we do for Canadians. I think we have a real opportunity in this election to make things more fair and equitable in this country. And I really believe the NDP has what it takes to do that.

McKinnon: If elected, I will certainly continue to build on what we’ve done in the past. But we need to achieve real results for families - with early learning and child care. And for seniors as well. As a senior myself I’m certainly very aware of the problems seniors have and I’m keen to continue to advocate for them. And as a father of two daughters, I know the problems youth encounter, trying to find a place to settle down.