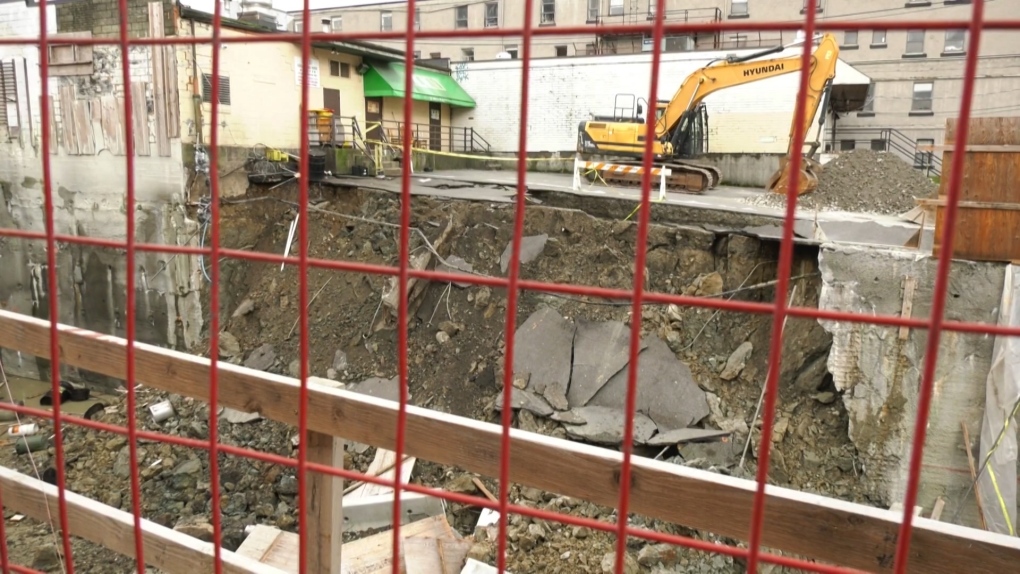 An issue with excavation at a site near Main and Broadway led to a cave-in that badly damaged the parking lot behind Congee Noodle House. (CTV)

The City of Vancouver said the restaurant was ordered to remain closed "as a precaution" as WorkSafeBC and city engineers continue to assess the site.

The cave-in happened as a result of issues with the excavation of a site next to the restaurant, where a developer is planning to build a condo building, according to city documents.

"The side of the excavation wall caved in which compromised the adjacent surface parking lot, as well as the storm connection on site," Lon LaClaire, chief engineer for the City of Vancouver, told CTV News in a previous statement.

WorkSafeBC has ordered all work on the building site to halt, but a remediation plan for the site has been approved by the city and WorkSafeBC, according to Godfrey Tait, a city communications staffer. Remediation work has now begun on the site.

It's still not clear when Congee Noodle House will be able to reopen, but the city and WorkSafeBC will continue to assess the situation this week, Tait said.

City staff and WorkSafeBC will also continue to investigate what caused the cave-in.