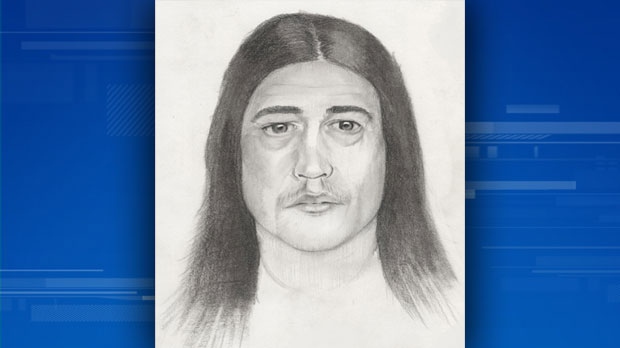 Police are searching for a man believed to have left the scene of a bizarre incident on Vancouver's seawall that left a cyclist dead on Jan. 6, 2015. (Handout)

Vancouver police have released a composite sketch of a man who may have been involved in a bizarre incident that claimed the life of a 45-year-old cyclist earlier this month.

The victim, Juan Loro Avis, was biking on the seawall near Science World the night of Jan. 6 when he was struck by a heavy object and sent crashing onto the pavement.

He was rushed to hospital with a severe head injury and pronounced dead the next morning, one day before his birthday.

Police believe the object that struck Avis was trash that had been thrown into his path by a man rummaging in a nearby garbage can. On Tuesday, authorities released a sketch of man witnesses saw leaving the scene.

Anyone with information on the incident is asked to contact the Vancouver Police Department’s Major Crime Section at 604-717-2500, or Crime Stoppers at 1-800-222-8477 to remain anonymous.