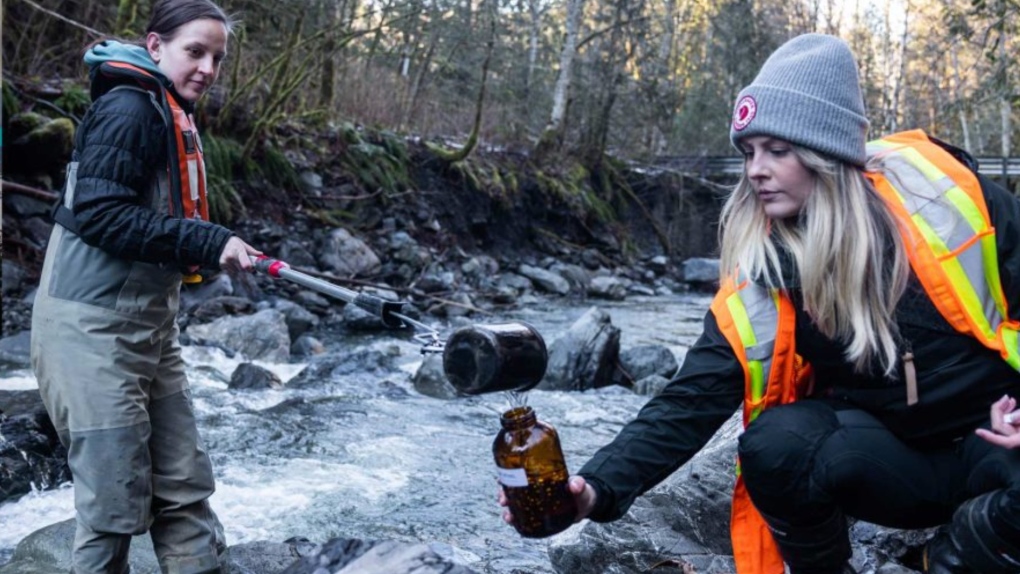 A combination of rewilding and reconciliation could help B.C. protect its fish and fish habitats while improving the province’s response to climate change, according to one scientist.

A team led by Raincoast Conservation Foundation identified an inordinate amount of contaminants in the former lake, which was drained in 1924, including “excess nutrients, metals, fecal coliform, hydrocarbons, pesticides, pharmaceuticals and personal care products, perfluorinated compounds, sucralose and tire-related chemicals.”

It’s the first monitoring of water in the fish habitat and former lake, which was artificially drained by hydraulic pumps installed in 1921—making a prairie out of what was once a vibrant aquatic habitat that First Nations communities relied on.

“The history was not only a disservice to the community, it was something that flew in the face of Mother Nature and said ‘OK, what do you think of this, we’re going to drain this lake that quadruples in size,” Ross told CTV News.

“What we've been seeing since we constructed those pump stations since 1924 is five major floods. We call them floods, but really it’s just Sumas Lake re-emerging,” he said.

The report explains the goal of the study was to “understand the threat of myriad pollutants to flood-affected areas with a focus on fish (salmon) habitat and the well-being of First Nations communities.”

It’s also meant to complement the work of B.C.’s Ministry of Environment and Climate Change Strategy in the aftermath of last year’s severe flooding. That involved a one-time sampling of surface waters in the Sumas Prairie and Fraser River that revealed low risk to public and environmental health due to flooding.

In an email to CTV News, the Ministry stood by the results of early surveys of soils and floodwaters in the region.

“Samples were tested for a wide range of contaminants including fecal coliform bacteria, nutrients, heavy metals, pesticides and hydrocarbons,” the statement reads. “Those results have shown there has been no widespread contamination issues to date.”

The ministry also says it is taking the time to carefully review the Raincoast Conservation Fund commissioned study.

Ross says his team likely found more contaminants because they used a better lab and better technique during the study, while being sympathetic that the province was struggling to protect properties and organize evacuations in the aftermath of the floods.

“I believe the province was concerned that if they said ‘we have a problem,’ it would create a panic,” Ross said “The win-win in this whole scenario is that these data and the way we’ve positioned them provides an ample amount of opportunities, some of which can be done with ease,” he added.

B.C. faces two options moving forward, according to Ross: build a wall to keep Mother Nature out, or invite her in to help respond to a changing climate. He recommends the province do the latter by copying the Dutch model of rewilding, an approach to conservation that protects an environment by returning it to its natural state.

A series of destructive floods in the Netherlands decades ago inspired the Border Meuse project, the largest river-restoration project in Europe. One crucial aspect of the project, is moving farmers away from Dutch rivers to protect nature from being damaged by agriculture and human waste.

“What the Dutch have done is create floodplains areas and bank complexity,” Ross said of the project, which is set to cost the equivalent of more than $157 million. “In the case of the Fraser Valley and the Sumas Lake barrier, there’s agriculture right up to the water’s edge, there’s no buffer zone.”

The concept of rewilding is in line with Indigenous conservation practices, and has the potential to better protect different species and communities in the face of climate change.

“Climate change is a huge problem for salmon, they’re a cold water fish, but habitat destruction on land is something we can control,” Ross said, emphasizing the province has an obligation to protect the environment and food security for B.C. First Nations.

“Come on folks, it’s reconciliation time with our Indigenous friends. We have an obligation not only to protect salmon for the average consumer, but basically to provide a reconciliation pathway that’s meaningful and goes beyond the simple apology that some are offering.”

Sumas First Nation tells CTV News that it may host a workshop connected to the study in 2023.

“As of right now, leadership and management are still analyzing the results we were given,” said Ida Dutt of Sumas First Nation.