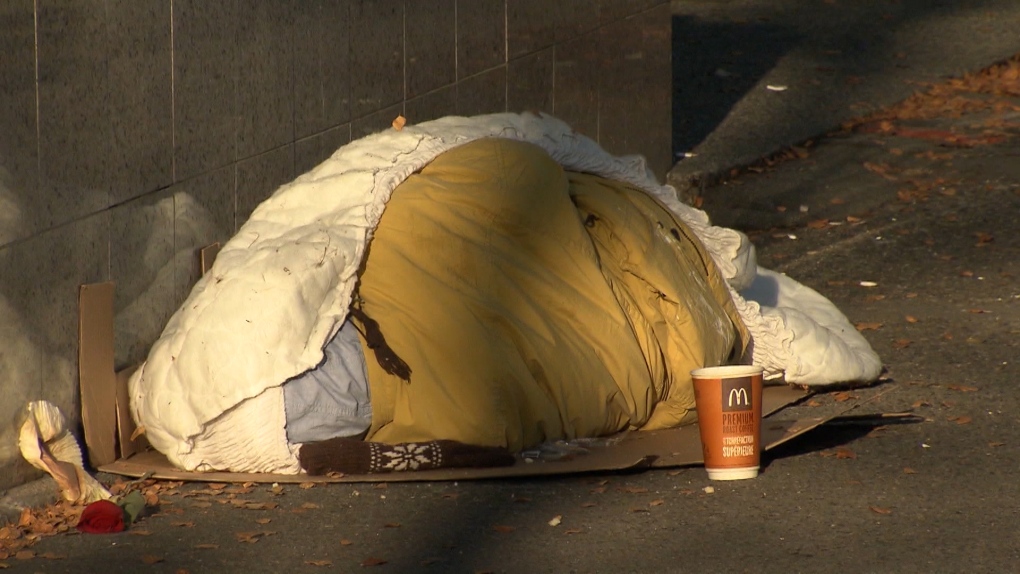 As temperatures drop, the City of Vancouver is urging people to use warming centres to escape the cold overnight.

VANCOUVER -- With wind chill expected to reach -9 C overnight, Vancouver has opened up its warming centres to give homeless residents another place to escape the cold.

The city said frigid temperatures are leading some people to take "dangerous measures" to try to stay warm, and encouraged those who normally sleep outside to make use of the centres.

Sandra Singh, the city's general manager of arts, culture and community services, said no one needs to suffer outside.

"We really want residents experiencing homelessness to come inside and stay safe. Warming centres will welcome everyone, and people can bring their pets, bikes, and carts with them," Singh said in a statement.

City officials said they are particularly concerned about people living in Oppenheimer Park. There have been more than 20 fires in the park since February, according to the city, and firefighters recently found two 30 lb. propane tanks that were apparently being used to fuel a grill inside a tent.

"This set-up had already burnt the tent and could have caused a significant explosion in the park," the city said in a statement.

Warming centres are activated when temperatures feel like -5 C or lower, and offer hot drinks and snacks. Bedding is not provided, but users are allowed to bring their own to help them sleep.

The warming centres open this week can be found in the following locations:

None of the warming centres requires reservations.

Last year, the city said up to 100 people used the warming centres on any given night. Homeless people are also welcome to use community centres and other public buildings during the day, officials said.

An additional 145 spaces at Extreme Weather Response shelters, funded by BC Housing, will also be open Thursday night. Those are in addition to the 329 temporary shelter spaces Vancouver opened up on Nov. 1, which will remain available throughout the winter.