Classes suspended at 3 Lower Mainland schools due to smoke 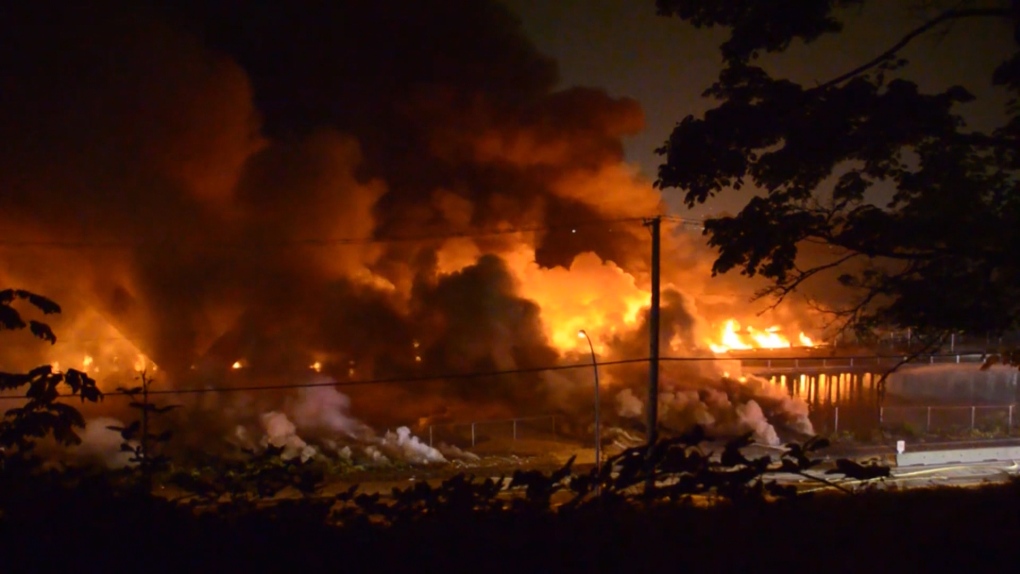 VANCOUVER -- Classes have been suspended at three Lower Mainland schools Monday due to smoke.

The schools, Qayqayt Elementary, Queen Elizabeth Elementary and Queensborough Middle School – which are all in New Westminster – were impacted by toxic smoke at a massive fire that burned along the city's waterfront park overnight.

"Given the additional impact that the New Westminster Pier Park fire is having on already challenged air quality, out of an abundance of caution, we are suspending regular classes at schools within a proximity of the fire," a notice from the school district says.

"Staff will be onsite, but we're advising families to stay home and inside and asking parents not to drop or send their kids."

With poor air quality in Metro Vancouver in recent days due to fires burning in Washington state, other Lower Mainland school districts have issued notices to parents, but haven't cancelled class.

Surrey's school district says it will "limit smoke exposure for staff and students" as needed in the coming days, by allowing students who are sensitive to the smoke to stay inside during breaks. Some outdoor activities – like physical education – might also be rescheduled.

Vancouver's school board issued a similar notice, and said exterior windows and doors will be closed while the air quality advisory remains in place.