Christy Clark says B.C.'s LNG plants will do the world a clean-air favour 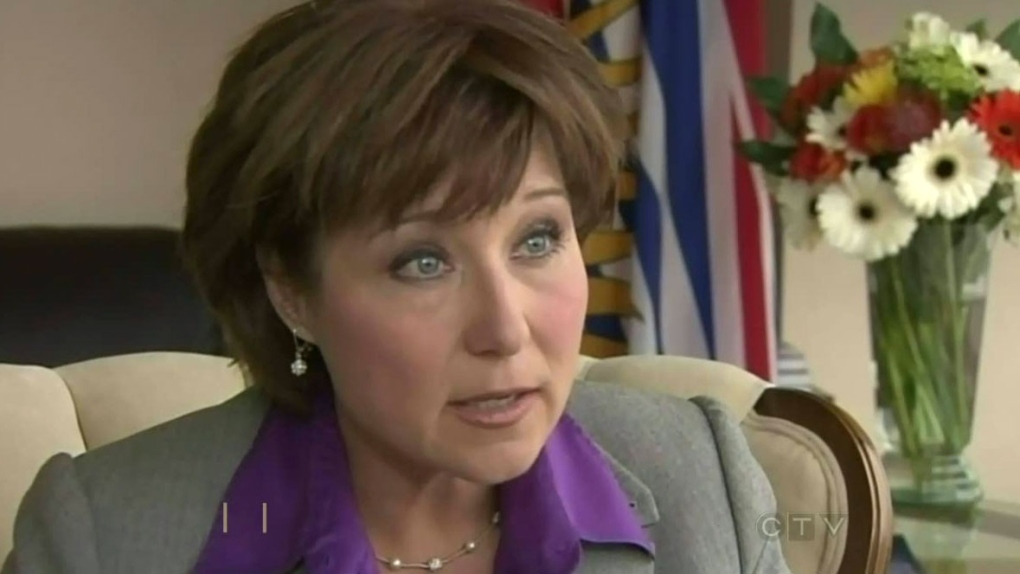 Clark said Tuesday B.C. will be doing the world a favour if it can sell natural gas in China and Japan because natural gas is cleaner than China's coal and safer than Japan's nuclear power.

She came close to rejecting outright B.C.'s 2007 Greenhouse Gas Reduction Targets law that calls on the province to cut its GHG emissions by one-third by 2020.

Clark said timing is crucial to reach multi-billion-dollar deals with gas companies in China and Japan, and B.C.'s preoccupation with meeting its own pollution laws could impair the push to cash in on LNG developments.

"In terms of our GHG emissions, we can either decide that we want to get to yes or we are going to throw up barriers in the way of that that will ensure we don't have a natural gas industry in B.C.," she said.

"I have never been an advocate of this view that the world's air begins and ends at B.C.'s borders. It doesn't."

Clark said British Columbians can decide to support an industry that could create 100,000 jobs or start debates that place road blocks to what she calls an economic opportunity that could transform the province.

Clark has repeatedly said LNG development represents a trillion-dollar windfall that could eventually raise enough revenues to pay off the provincial debt, currently at more than $60 billion.

"We are doing the world a favour," she said.

But Opposition New Democrat energy critic John Horgan said Clark is engaging in wishful thinking if she believes B.C. can get credit for fighting air pollution by selling natural gas to Asia.

He said there are currently no international bodies that grant pollution credits to jurisdictions that sell their products to other jurisdictions.

"There's too much cheerleading going on," he said.

Clark made the comments at a Vancouver news conference where a joint Chinese-Japanese energy company announced plans to build an LNG plant at Grassy Narrows, which is near Prince Rupert, B.C.

The proponents of the Aurora LNG initiative are Nexen Energy ULC, a wholly owned subsidiary of China's CNOOC Limited, and its joint-venture partners, Japan's INPEX Corporation and JGC Corporation.

The money raised from the carbon credit purchases is often invested in environmentally friendly initiatives associated with the industry, but the purchase of credits allows companies to continue their emission rates at the LNG facilities.

Environmental group Clean Energy Canada estimates B.C.'s LNG plants could emit one tonne of GHG pollution for every one tonne of LNG they produce.