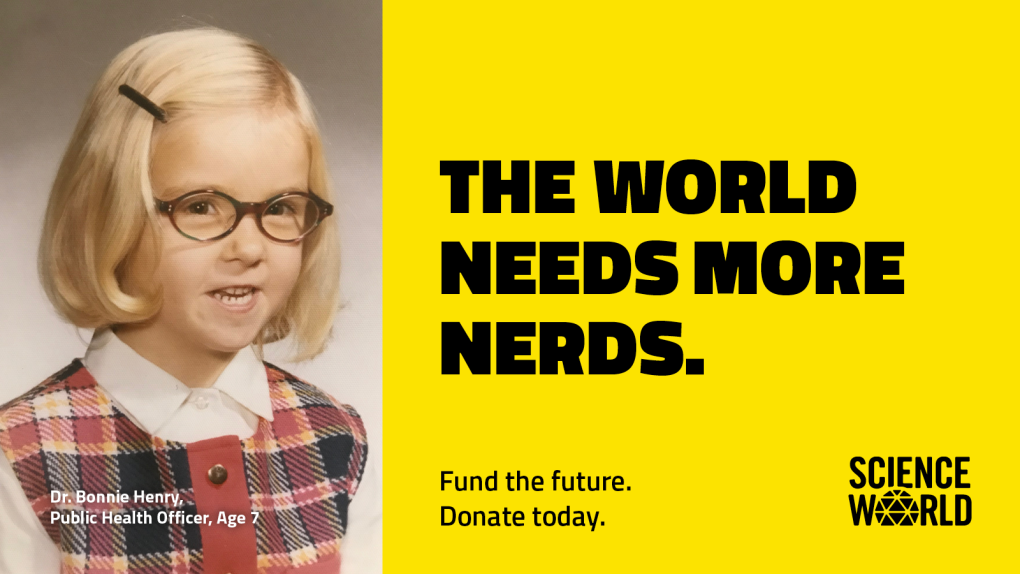 VANCOUVER -- Despite widespread delight at the sight of B.C.'s chief health officer as an adorably nerdy child, the eye-catching campaign has not had its intended effect.

Science World launched the memorable advertisement in July while the centre was still closed, declaring, "The World Needs More Nerds."

Dr. Bonnie Henry's seven-year-old face graced the campaign as inspiration for children to embrace STEM subjects and explore Science World exhibits because the not-for-profit organization relies heavily on attendance to keep the doors open to the geodesic dome.

But since reopening in August, only 12 per cent of the usual foot traffic has returned to Science World, according to information shared with CTV News.

In the past month as British Columbians coped with the health crisis and an increasing number of active coronavirus cases, Science World received an average 380 visitors a day, a drastic drop compared to the 3,100 average daily visits during the same period last year.

"This fundraising campaign comes at a critical time for Science World,” said Janet Wood, interim president and CEO, in a prepared statement.

"Our visitor attendance is a fraction of years prior and without government funding, we will have to consider additional layoffs and a potential temporary closure of some kind."

Now, several prominent "scientific superstars," in the words of Science World — including a famed primatologist and celebrated astronaut — have joined Dr. Henry. They are revealing what they looked like as children when their interest in wildlife, the stars, robots and the environment was just beginning to be nurtured. 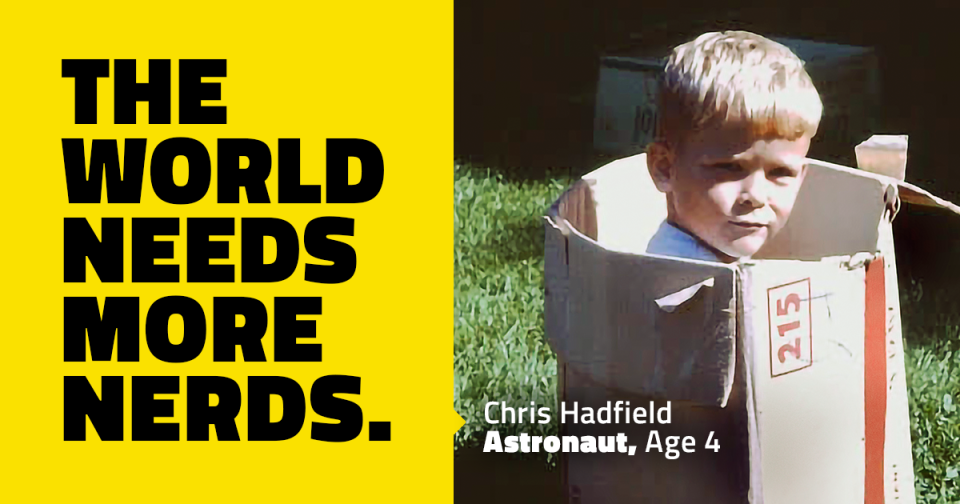 Jane Goodall and Chris Hadfield have joined the campaign. So has Super Bowl champion and Montreal surgeon Laurent Duvernay-Tardif, experimental roboticists AJung Moon, and conservationist Ken Wu, each of them celebrating nerds everywhere and encouraging more children to aspire to their ranks.

Science World shut its doors in March at the outset of the COVID-19 pandemic.

Visitors and events make up 85 per cent of the organization's revenue, according to Science World. Two per cent of its funding comes from the government.

Summer is the busiest season for the centre at the head of False Creek in Vancouver. The organization is working with schools in regards to the viability and safety of class visits, but no bookings are being made at this moment given the challenges of transportation and limits to group sizes. 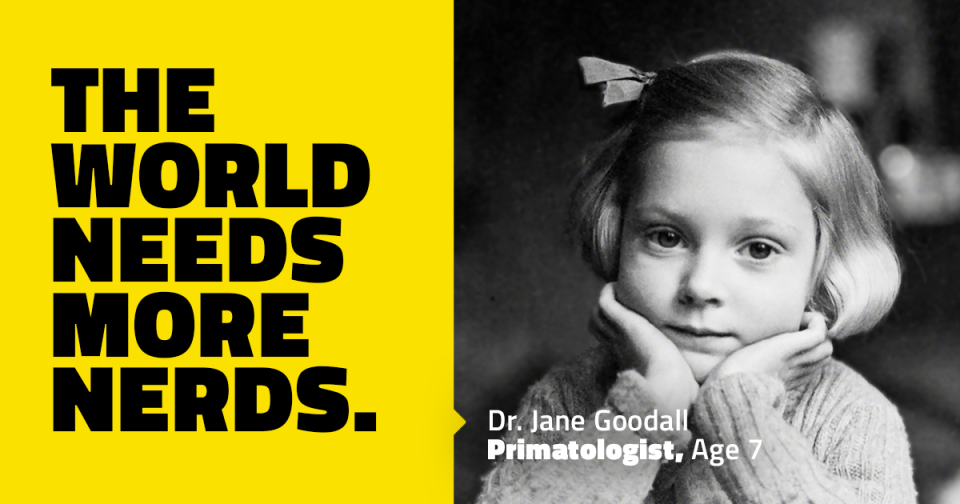