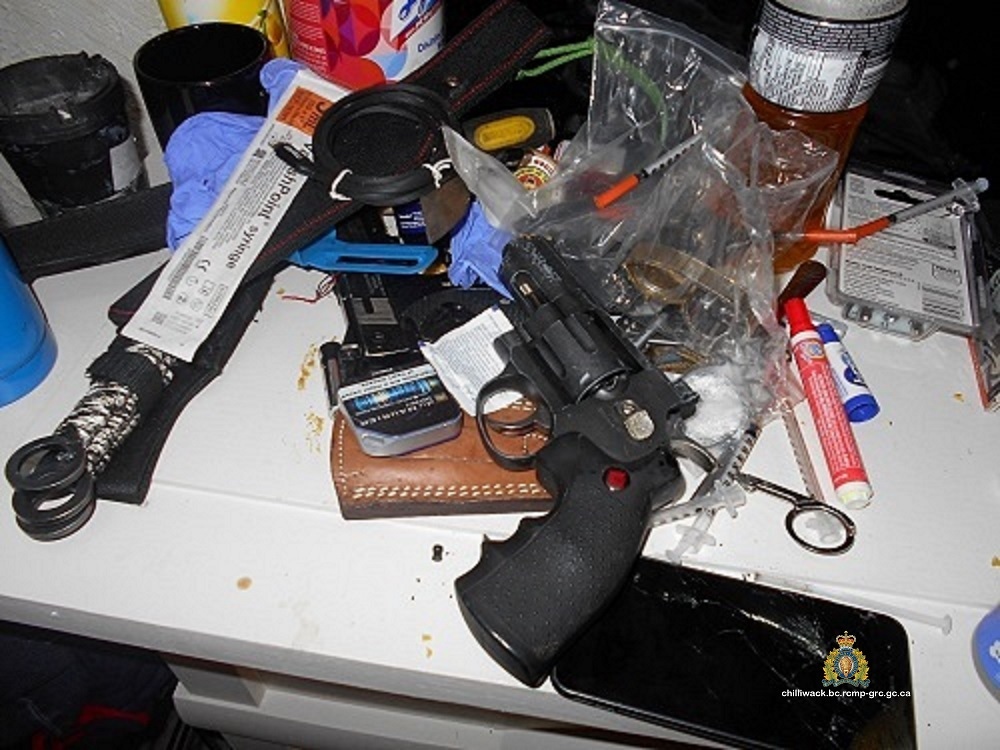 One of the replica handguns RCMP officers seized from a rental home in Chilliwack. (RCMP)

Mounties say a call to keep the peace at a Chilliwack rental home turned into a seizure of replica handguns and drugs.

RCMP say they were originally called by a landlord on the morning of March 20, 2019, to keep the peace during a visit to the home.Frontline officers locked the property down after spotting a handgun inside.

Later that evening, Mounties went in with a search warrant and found four replica guns, ammunition, cell phones and marijuana.

Police say they believe the illicit goods are linked to retail thefts.

"This is a case where we get to a call expecting to a certain thing, and then boom, all of a sudden you’ve shifted gears and its turned into something else again," said spokesman Cpl. Mike Rail.

“Expecting the unexpected then shifting gears to meet that challenge is a way of life for RCMP general duty officers," he added.

The investigation into the seized goods is ongoing.