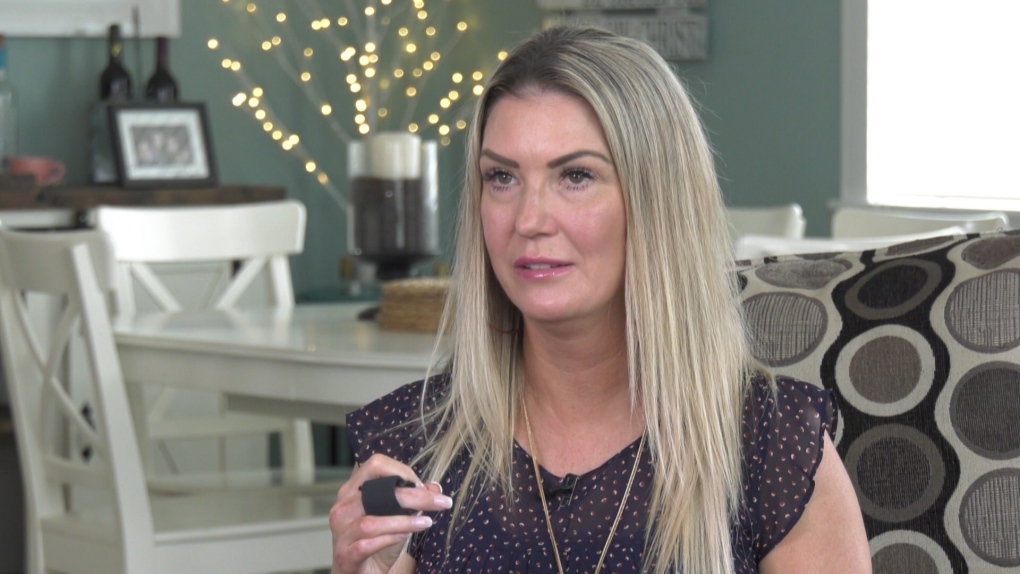 VANCOUVER – A woman from Chilliwack, B.C. who tried to save a man from an oncoming train had surgery to amputate three of her fingers Monday.

Julie Callaghan received a Carnegie medal for her heroic actions trying to save Matthew Jarvis in May 2018. Jarvis, who used an electric wheelchair, somehow became stuck when trying to cross the train tracks at Broadway Avenue.

Callaghan and another woman both saw, and tried to move him. They had only seconds, and had to abandon their efforts as the train hurtled towards them. Jarvis, 40, died on scene.

The train struck Callaghan's hand before she could jump out of the way. More than a year later, she's still recovering from the debilitating injury. The latest step is to amputate three of the non-functional fingers on her dominant hand.

She posted an update to her GoFundMe page Sunday, saying she's going in for surgery on Monday, Oct. 21.

"This has been a painful 16 months for everyone involved. For me in particular, having lost the use of my hand and having to go through a bunch of surgeries … and now looking at amputation. It's been very overwhelming," she said in a video post.

She also demonstrated how she can move her index finger and her thumb, but that her middle, ring and pinky fingers are stuck.

Callaghan is trying to raise $80,000 to cover the cost of a prosthetic. On Monday, her online fundraiser had collected nearly $17,500.

"We're so grateful. So grateful," she said.

In July, the province said it's looking into paying for the cost of a prosthetic for Callaghan. Ordinarily, MSP does not cover the cost of finger prostheses. CTV News Vancouver has reached out to the Ministry of Health to ask if a decision has been made.