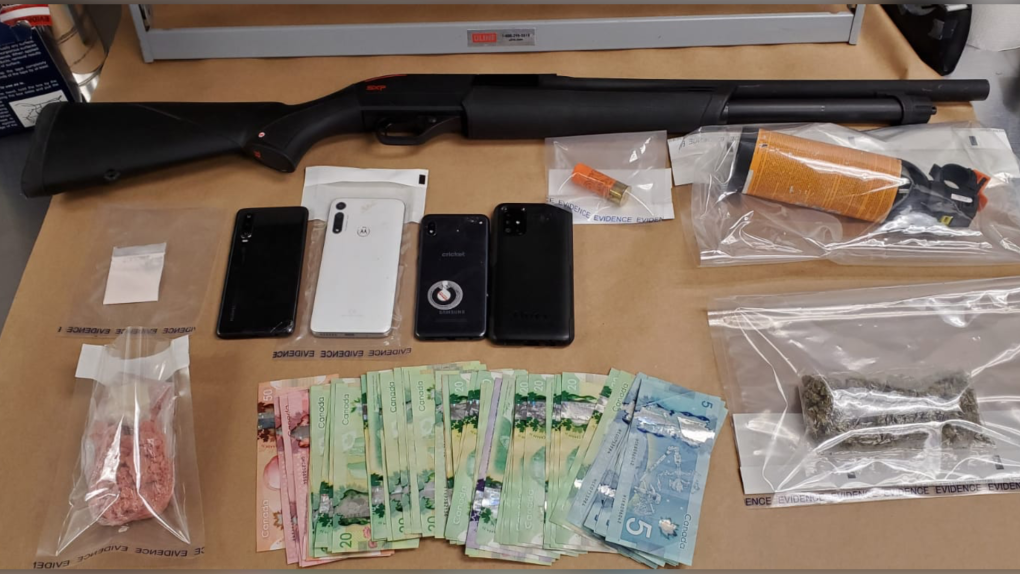 VANCOUVER -- Mounties in Surrey say they have arrested a man found "semi-conscious" in a running vehicle in the Whalley neighbourhood earlier this week.

A concerned citizen notified a Surrey RCMP officer about the man, who was behind the wheel of the vehicle parked in the 10300 block of King George Boulevard around 8:15 a.m. on Wednesday, police said in a news release.

When the officer went to check on the driver's well-being, they noticed "signs of possible drug or alcohol consumption," as well as an open alcohol container and "suspected drugs" inside the vehicle, according to the release.

Police said they arrested the driver for drug possession for the purpose of trafficking and refusing to comply with a breath demand. Officers took the driver to hospital for medical attention and later took him into custody.

On Thursday, 36-year-old Ian Langthorne was charged with six offences, including illegal possession of a firearm, drug trafficking and impaired driving, police said.

“We are grateful for the concerned citizen who flagged down the officer," said Surrey RCMP spokesperson Cpl. Joanie Sidhu in the release. "As a result of their actions, officers were able to get a significant amount of drugs and a stolen gun off the streets, and put a stop to what could have been a dangerous situation on our roads."