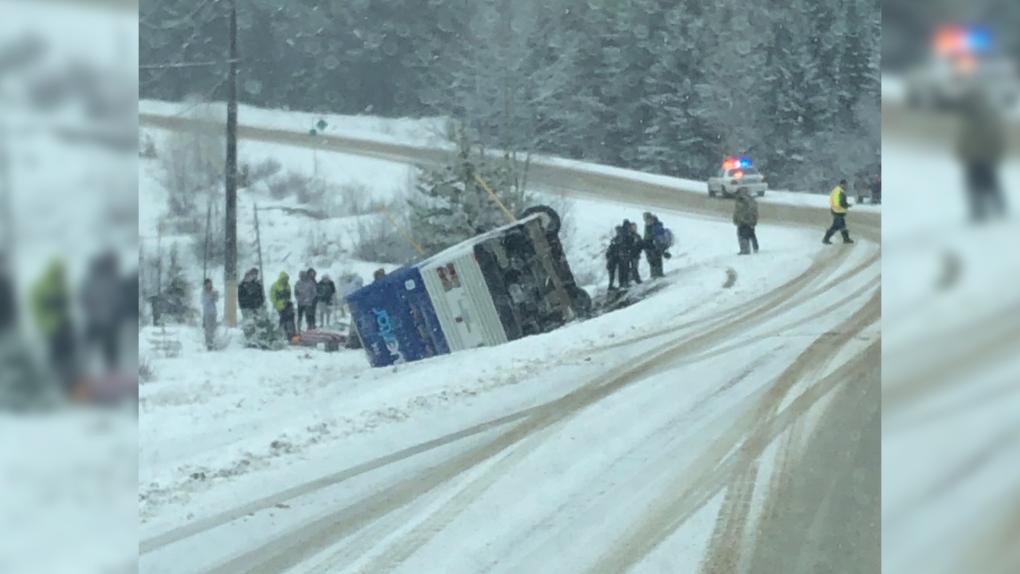 A charter bus flipped on its side on Big White Road near Kelowna on April 13, 2019. Courtesy: Castanet

Six people have been rushed to hospital after a crash near Kelowna Saturday morning.

It happened on Big White Road, about four kilometres east of Kelowna, which closed the road for several hours.

There were 22 passengers and one driver on the charter bus when it flipped on its side, blocking the road.

The road has since been re-opened.

The cause of the crash is under investigation.