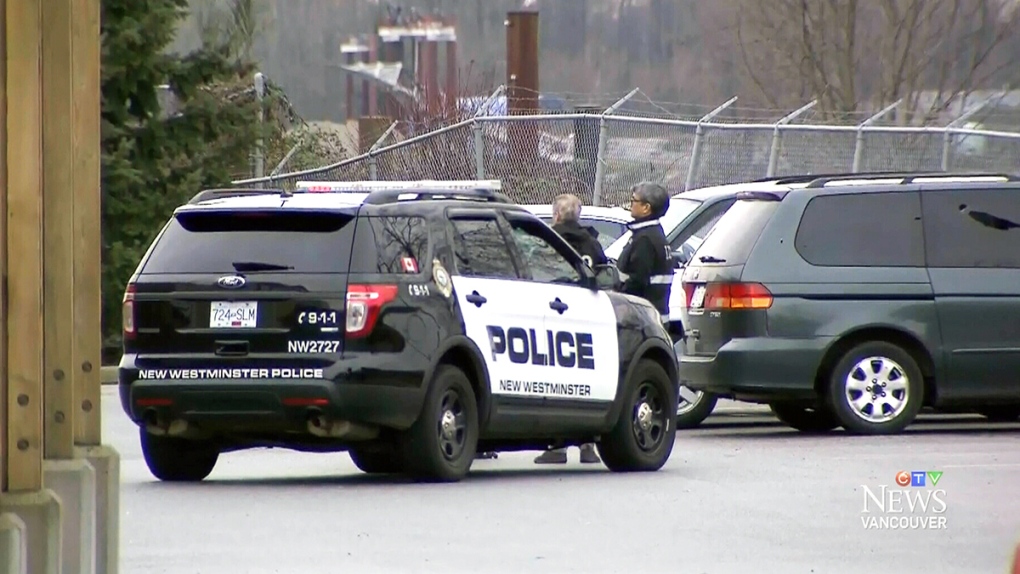 New Westminster police officers are seen near where an officer shot an alleged shoplifter on Jan. 15, 2016. (CTV)

VICTORIA - The British Columbia Prosecution Service says charges will not proceed against a New Westminster police officer who shot and wounded an armed suspected shoplifter nearly four years ago.

A statement from the agency says the standard to begin a prosecution has not been met and charges have not been approved.

The shooting occurred outside a New Westminster mall on January 15, 2016.

The Independent Investigations Office, which probes all cases of serious harm or death involving police, found reasonable grounds to believe the officer had committed an offence related to use of force.

A summary of the evidence shows the officer first used a conducted energy weapon to try to stop the suspect and then fired eight shots, hitting and injuring the fleeing man, who had drawn and pointed a handgun.

A prosecution service says the Crown would be unable to prove the officer did not act in self defence or was careless in the use of his firearm and, without the likelihood of a conviction, charges will not go ahead.

This report by The Canadian Press was first published Oct. 17, 2019