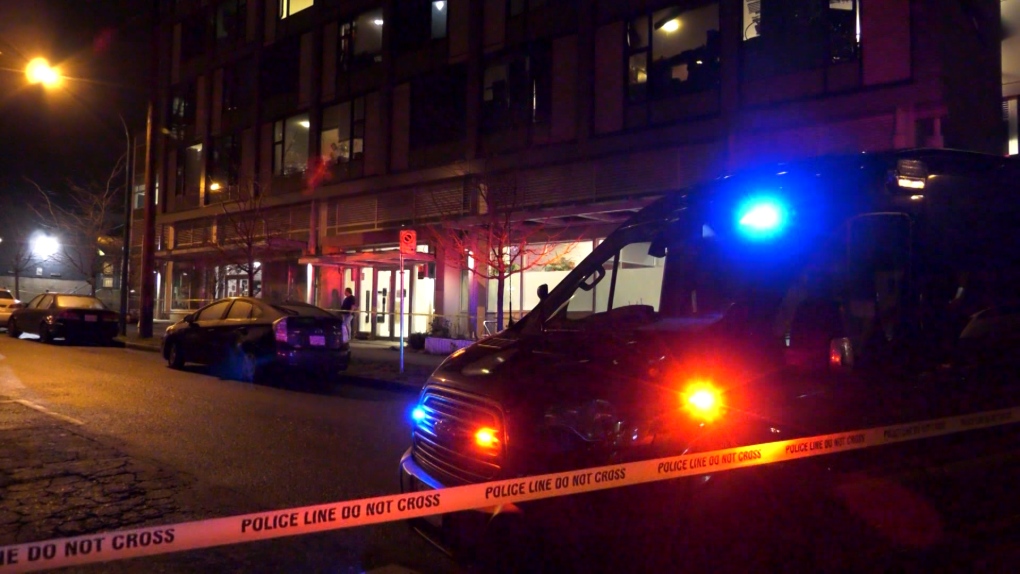 A lengthy stand-off between police and a suspect ended in an arrest in Vancouver's Downtown Eastside on Jan. 2, 2021.

VANCOUVER -- Charges were approved Friday against two men in connection to a lengthy, armed stand-off in Vancouver's Downtown Eastside earlier this month.

Vancouver police say the incident began when they received reports of a man with a rifle at a social housing complex on Jan. 2. At the time, a 32-year-old man came out of a suite at Princess Rooms with a firearm, prompting police to shoot at him, they said. That man was taken to hospital with non-life-threatening injuries.

But a second suspect stayed in the suite with a firearm for several hours, which led to a long stand-off with police, they said. Officers say they eventually negotiated with him and he was taken into custody.

B.C.'s police watchdog, the Independent Investigations Office, was called in to investigate the incident.

Matthew Venn, 32, has since been charged with two counts of uttering threats, two counts of assault with a weapon and one count of use of an imitation firearm while committing an offence.

Police say both men have been released and are due back to court in February.

The IIO, which is still investigating, is called whenever there’s been a death or serious harm that may have been the result of an officer’s actions.