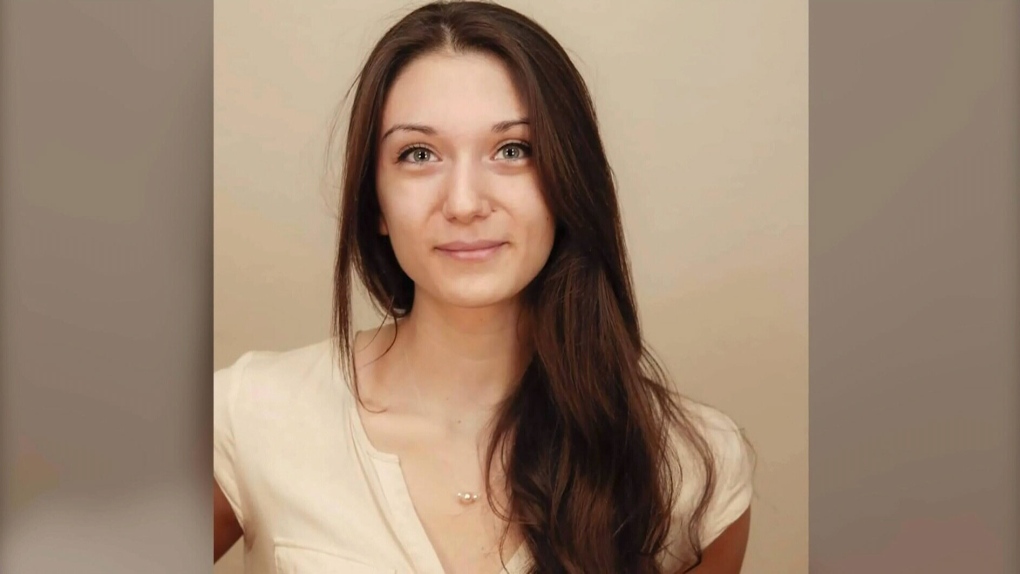 The cyclist struck and killed by a pickup truck in Maple Ridge, B.C. on July 20, 2020 has been identified by friends as 24-year-old Dafne Toumbanakis, of Montreal.
Vancouver -

More than a year after cyclist Dafne Toumbanakis was struck and killed at the outset of a ride across Canada, a driver has been criminally charged.

The 24-year-old victim was on the Lougheed Highway in Maple Ridge, B.C., when she was struck by a pickup truck on the afternoon of July 20, 2020.

"While the police consider the charge approval a positive outcome as far as the police investigation goes, we never lose sight of the fact that tragically someone lost their life in this incident," Const. Julie Klaussner said in a news release.

Authorities previously said the driver remained at the scene and was co-operative with police.

Friends told CTV News that Toumbanakis, who lived in Montreal, was no stranger to long-distance cycling, having previously taken several international biking trips, including a solo ride from Turkey to Poland.

"She was a person that really enjoyed life, enjoyed open space, trekking, biking," her friend Sylvain Karpinski said in an interview after her death. "She was a super easygoing girl and she was a sweetheart."

An Amber Alert has been issued after police say a two-year-old boy was abducted by his mother from downtown Calgary Thursday afternoon. Calgary police say Hawkin Gerald Thomas was abducted at approximately 2:30 p.m. after a supervised visitation.

'We have nothing now': Female taekwondo star banned from sport by Taliban

According to a new study, domesticated cats have smaller brains than their wild cat ancestors, confirming older studies and opening up new insights into how domestication affects animals.